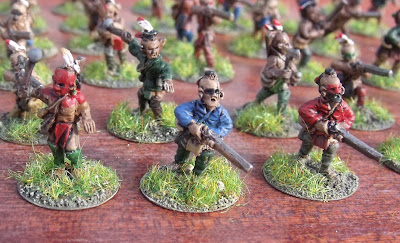 I posted these Indians on the Analouge Painting Challenge last month, the figures are from Peter Pigs newish AWI range, I bought a few packets at Salute last year, just to make a change from the Essex and Frei Corps figures I already own, like my previous Indian figures, they are not painted for a specific tribe but a generic look to fight for both sides and against each other in the FIW period 1754-1764ish. Once again like my other figures for the period, they are based up on Peter Pig's excellent metal bases, they're a bit of a pain to stick the sand on and they don't like paint that much either, but they just what I needed!!!

We've only 2 more more days left in the Painting Challenge and its really hotting up, here's the top 10

Kent's now in touching reach, I never thought I'd get to 4k, I'd be great if I could sneak 1st place but I'm not keeping my hopes up, Kent's just posted 28 Hanoverian Grenadiers, that he's nearly completed, I've been working like a Trojan over the weekend and have a few things to enter myself, but will it be enough??????? 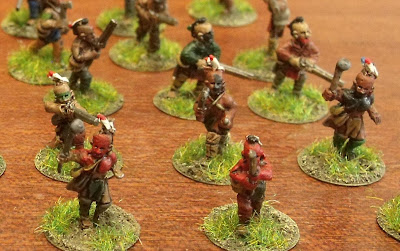 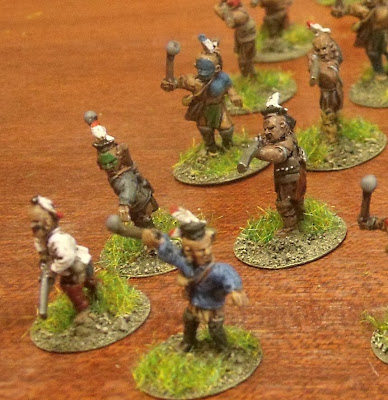 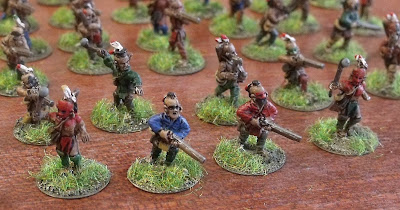