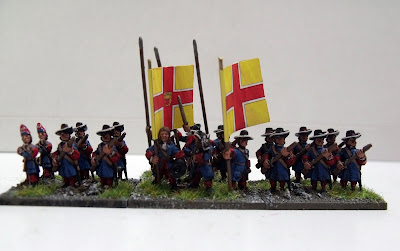 In 1685, James II was compelled to add new regiments of horse and foot to those already in being, to deal with Monmouth’s rebellion. Under the date of 20 June 1685, a commission was issued to Major General John Granville, Earl of Bath, for the raising of eleven companies of foot, each containing 100 “private men.” These companies, added to the independent company of infantry in the Plymouth garrison, constituted a regiment, of which the Earl of Bath was appointed Colonel, and which became known as the Earl of Bath's Regiment of Foot. The men for the new regiment were raised in the counties of Derby and Nottingham. The first uniform was a single-breasted, long skirted blue coat lined with red, with red waistcoat, breeches and stockings.
This Regiment first saw active service in the war of the Grand Alliance, taking a prominent part in the Battle of Steenkirk (Flanders) during the War of the League of Augsburg in 1692.
All of the above from
http://www.redcoat.org/history/old_corp.html 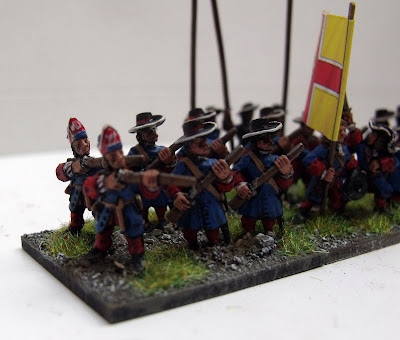 The figures are from Essex Miniatures, the bases from Warbases and the flags were designed by David and are on his blog Not By Appointment. How the hell he puts in that wave effect onto his flags I don't know??I've been wanting to paint this regt since I started the Grand Alliance project but just didn't get around to it until last month when they were entered onto the Analouge Painting Challenge. The main reason for painting this unit is their coat colour...blue, a very unusual colour for the English at the time. By 1691 I've read that they were said to have been dressed in a red coat with yellow cuff, but I thought I'd paint them in their earlier blue coat. 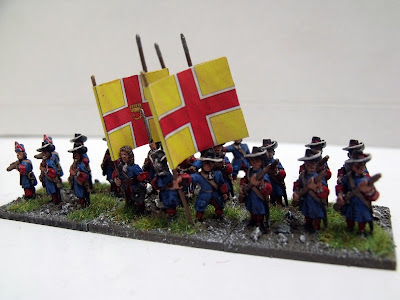 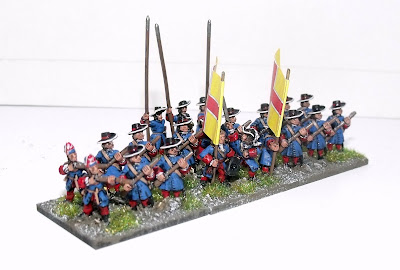 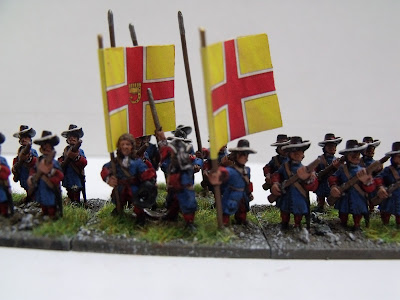 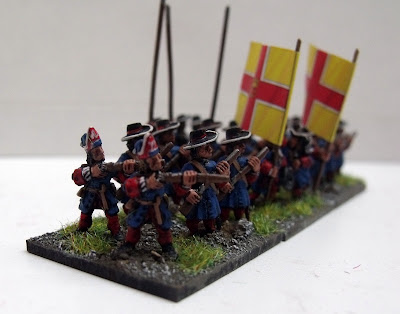 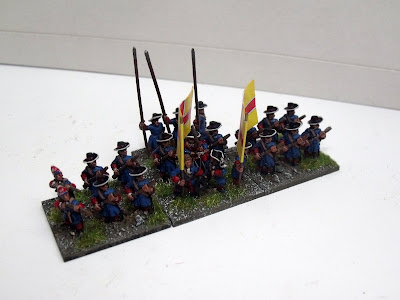 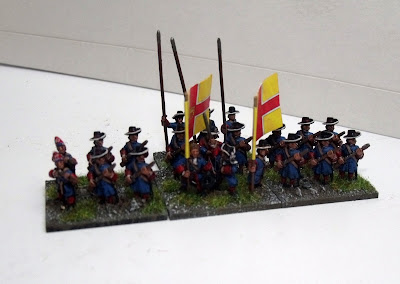 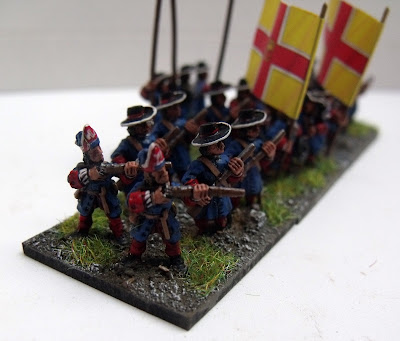 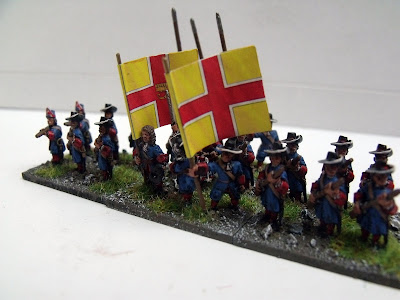