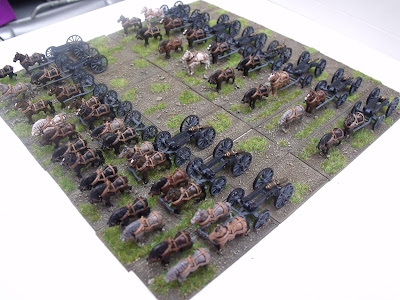 Last week I posted the French Artillery and Limbers, so today we have the Brits!!! As I said in the previous post these figures were posted on the Annalouge Painting Challenge in early February and I've only just around to post them. The figures are all Essex Miniatures and as you can see there's some guns missing, I definitely painted them but can't find the buggers, I think Fran's pinched them!!!! So that's a few things I'll be buying at Salute, then I'll probably find them!!
The guns and limbers will be used for my French Indian War rules, although I've not worked out yet how the artillery is going to work?? But in a nice long line, I'm sure they'll make a very tempting target for the French and their Indian allies.

I'm off down the A2/M2 to Faversham,  tomorrow evening for another playtest of BLB2, with fellow Reject Richard, so look out for another report on the rules, we're playing an attack on a small town, so finally we can get some infantry melee going!!! 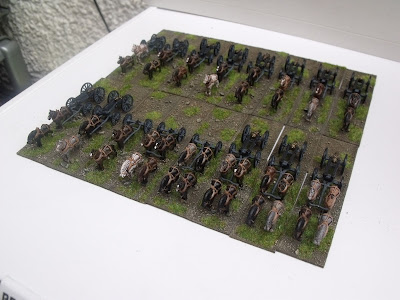 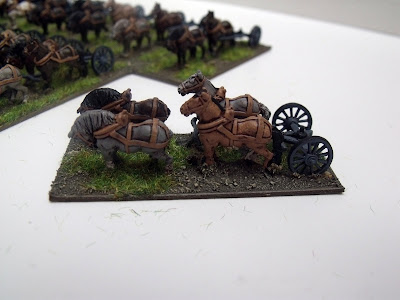 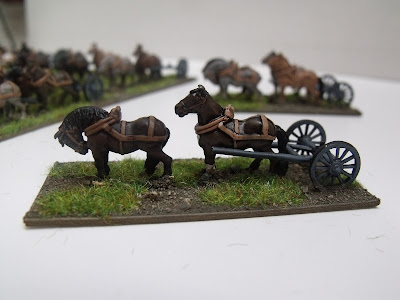 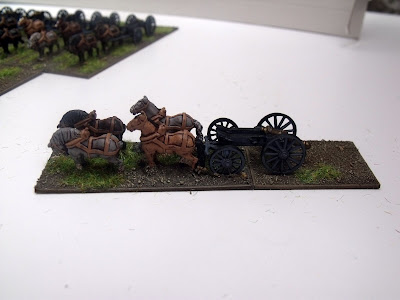 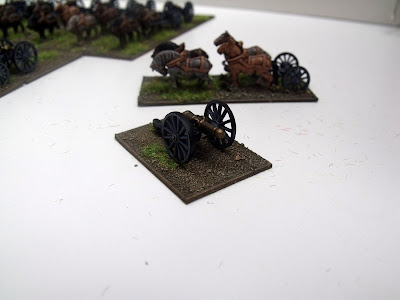 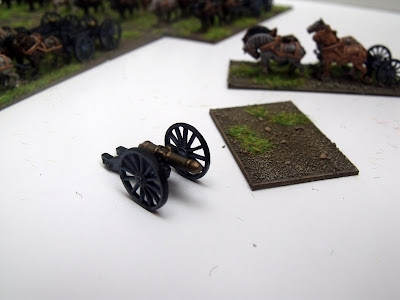