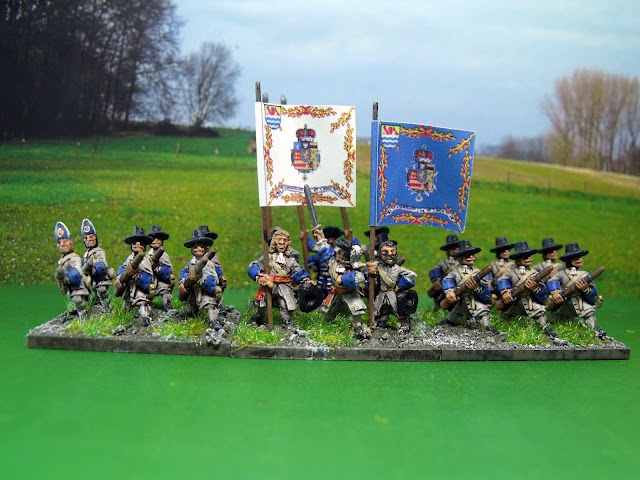 Well back to my normal non Ebay stuff for a while, I've bored you all enough already!
So its back to the Nine Years War, Regt Nassau Saarbruken-Ottweiler, were raised on 22nd December 1664, they were maintained by the province of Zeeland and were under the command of Walrad, Cout of Nassau-Saarbruken from the 1st December 1680 until 6th Auigust 1701, when Reinier van der Beke became their Colonel.
The regt fought at the Battle of the Boyne in between the Dutch regt Brandenburg and the English regt Hanmar's.
A per usual with this period there's some conjecture on their uniform, some gamers have painted the unit up in grey coats cuffed red, but I've gone for grey, cuffed blue. In the London Gazette of 16th May 1689, a deserter from the regt was described as dressed in a grey coat lined in blue. So the London Gazette gets it!!
There is no available info on their flag, so I made one up, I kept the flag blue and added the coat of arms for Nassau-Saarbruken and also added the coat of arms for Zeeland in the top corner of the flag, which is a common feature in Dutch flags from the period.

And the Donkey's back too! 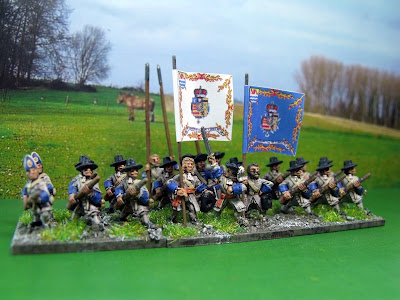 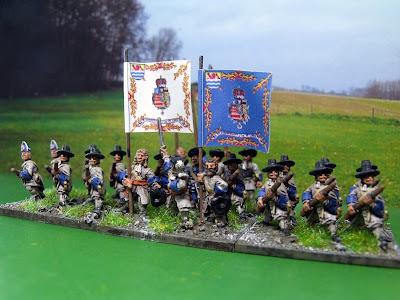 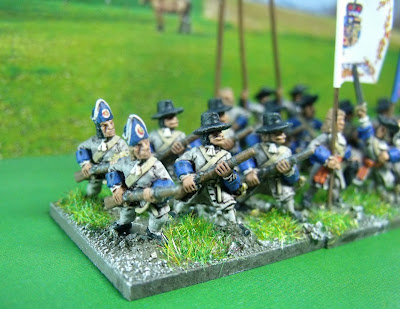 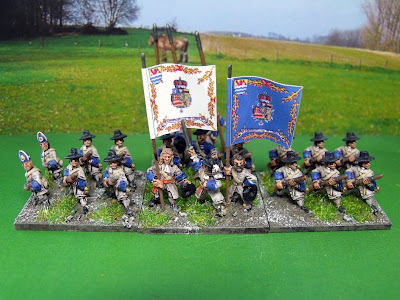 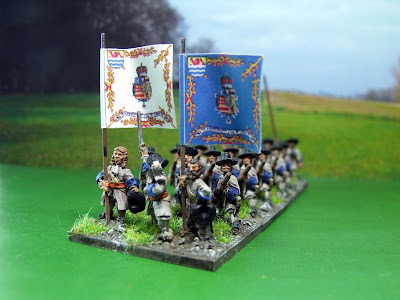