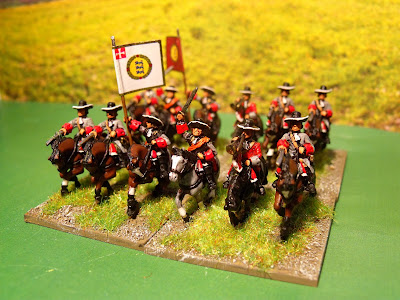 The first of my three regts of Danish Horse for the Battle of the Boyne. Von Donop's Horse were formed from drafts taken from regular Danish regiments of horse. According to the army estimates for the year 1691, each of the three regiments was composed of 6 troops with 270 men in total.
Moritz Melchior von Donop was the son of a landed gentleman in Westphalia. He became a page of Queen Sophia Amelia of Denmark, Christian V's mother, in 1666 and later entered the Danish army. He came to Ireland as Colonel commanding the 2nd regt of Cavalry and was killed in the trenches during the second siege of Limerick on 26th August 1691. I believe that the regt was then placed under the command of the Prince of Wuttemburg. 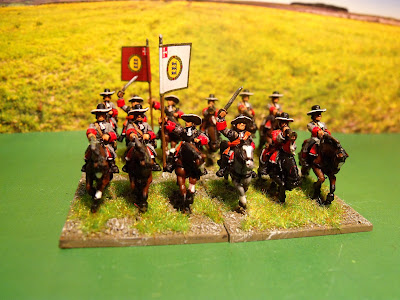 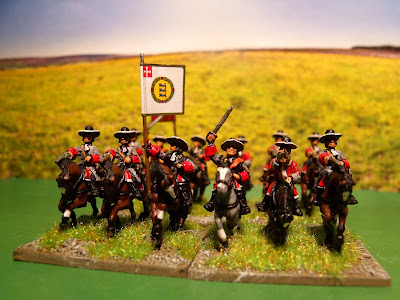 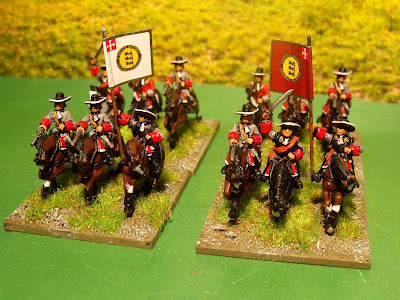