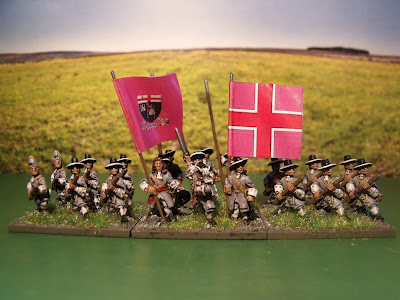 This is yet another regt that there's hardly any information on, but I have found that they were originally raised  in 1689 by Colonel Henry Baker the Governor of Londonderry. On 17th June, Baker died of a fever, then on the 4th October that year the Colonelcy was passed over to Col Thomas St John. They fought at Dromore, during the retreat to Londonderry, the Boyne and Aughrim. They were disbanded at the end of hostilities, in 1698. But I do believe they transferred to the continent and may have fought in some of engagements there.
The figures are from Essex while the flags are by me!

Now the problem......I made a boo boo!!
Back in November, I posted RP 100  St John's foot, it must have been late because in fact, it wasn't St John's regt that I painted, it was actually Lord George Hamilton's Enniskillin regt of foot! Damn it!!! So I've re-written the post, if you feel the need to take a trip back in time click here! 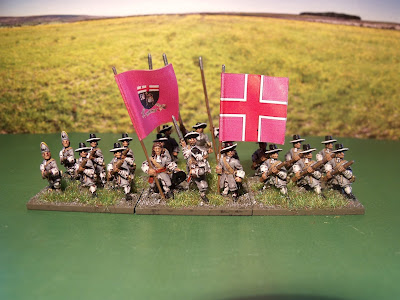 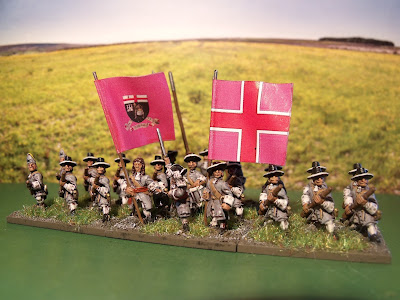 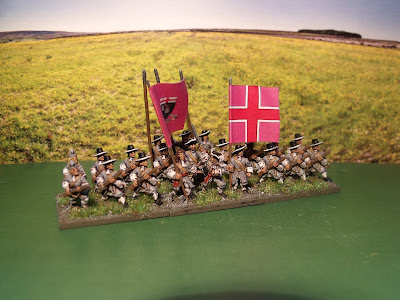 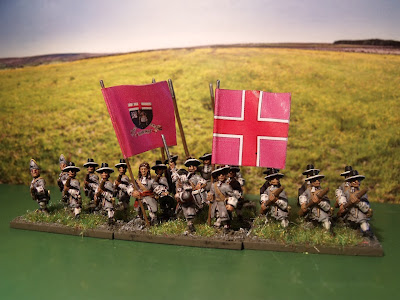 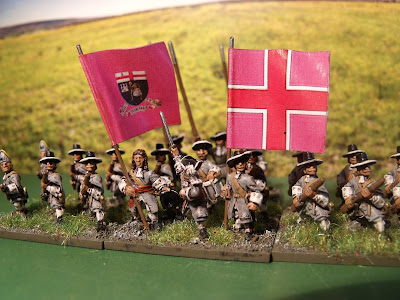