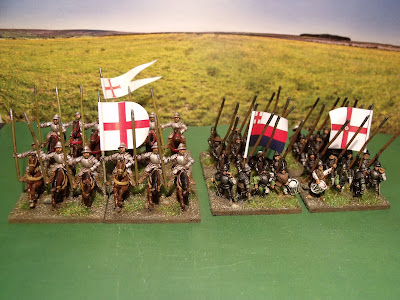 These are some of the figures I bought many moons ago for my 1513 English Flodden army, BUT the figures are dressed a little late for 1513, so they'll be used for Henry's later adventures in Flanders and Boulogne. 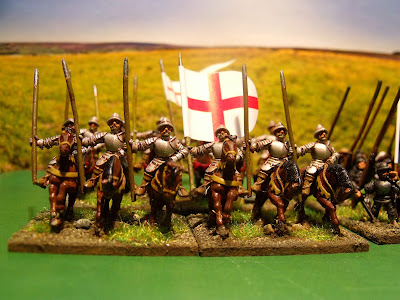 There are two units of English Demi-Lancers 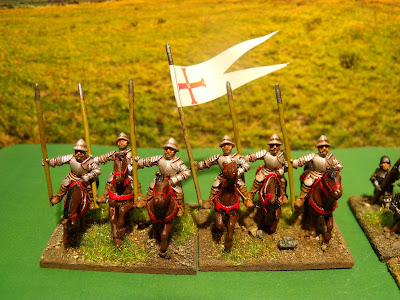 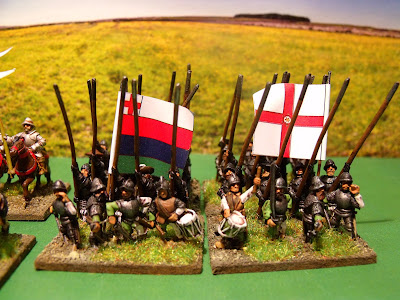 And two units of English pike. The English were a little late in using the pike, preferring to hire German mercenaries, but I've already got stacks of them, so thought that'd look nice with
the flag of St George flying high. 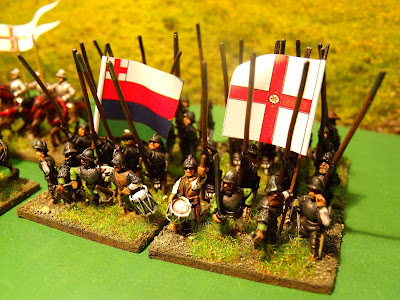 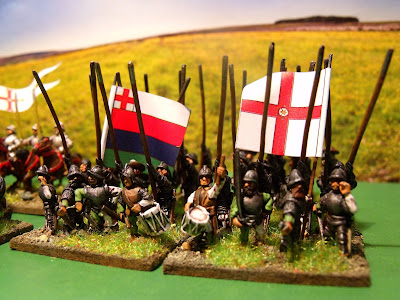 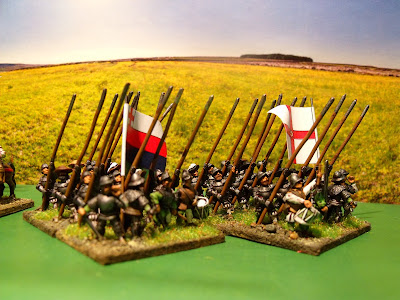 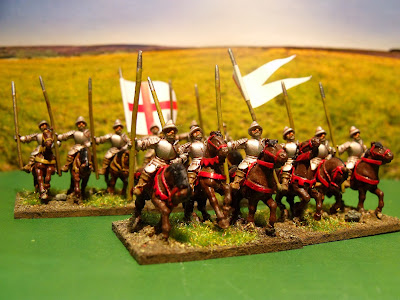 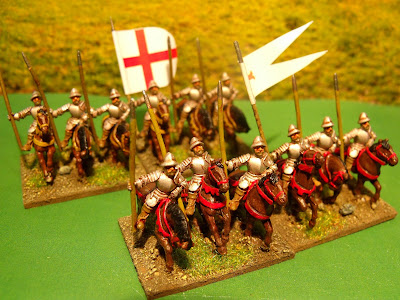