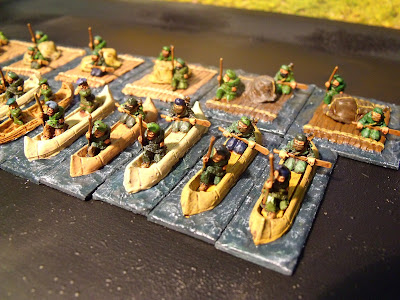 More figures that I've had for far too long sitting in my unloved figure draw are this bunch of canoes and rafts for the French Indian Wars. They are mainly from Irregular Miniatures with a spattering of Matchlock Miniatures.
For the British side there are 10 canoes and 6 rafts, while the Indian which of course can be used for both sides have 22 canoes, ( a bit ott, I know??) They're not the best or most detailed 15mm figures out there, but when I bought them they were the only two companies who sold them. But they work fine for me.
I have loads of scenarios all planned in my head to use these figures, one problem I found was the lack of unmanned canoes that are for sale, so I based all the figures for the canoes on coffee stirrers out of McDonald's, some needed a little trimming but the fit in quite snug.
So when the Indians land I'll take out the figures and leave the canoes on the beach, for the rangers to find and either hole them or pinch them!
These were part of my last sandbagging post on Curt's painting challenge, I'm not sure what points they earned me as Curt combined the points for a few entries.

Lastly....Is anyone else having a problem when posting? My and Fran's posts have taken around 3 hours to register up on other bloggers Blog Rolls?? I posted this at 1037 its now 1347 and still nothings came up??? 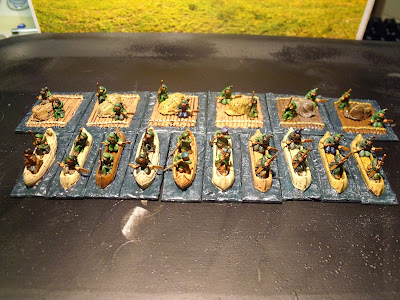 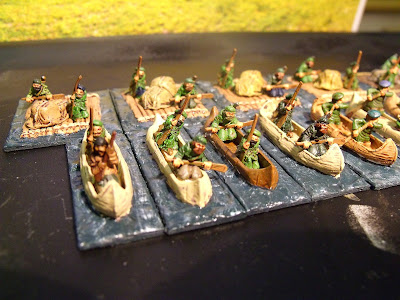 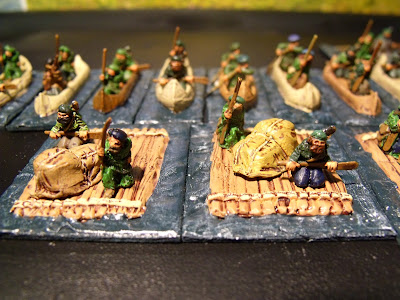 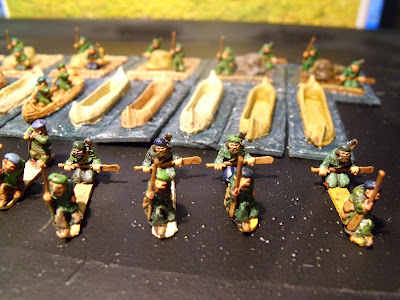 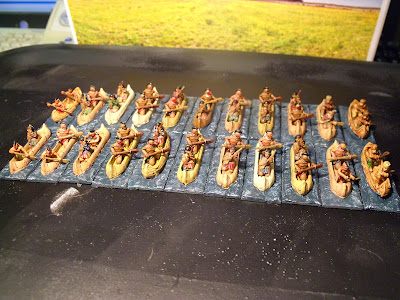 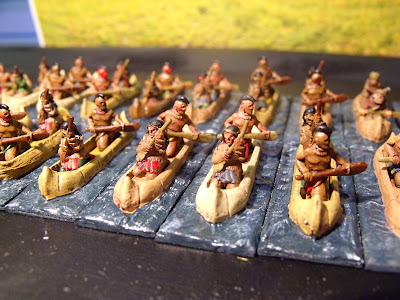 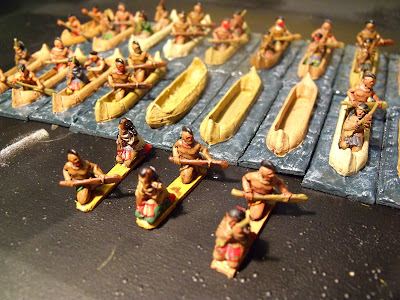 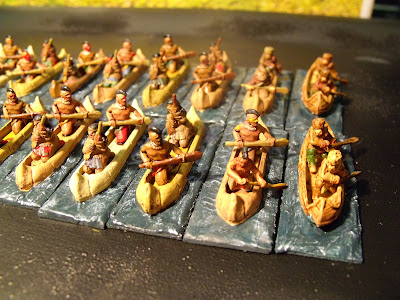 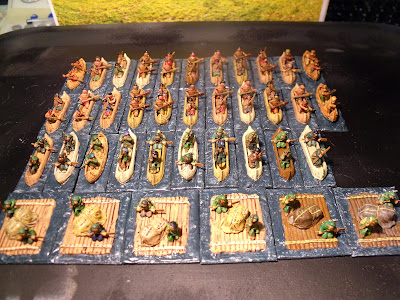 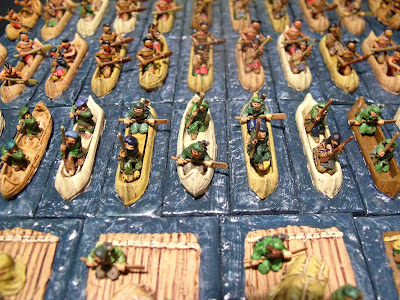 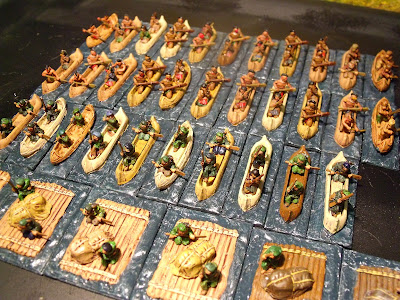