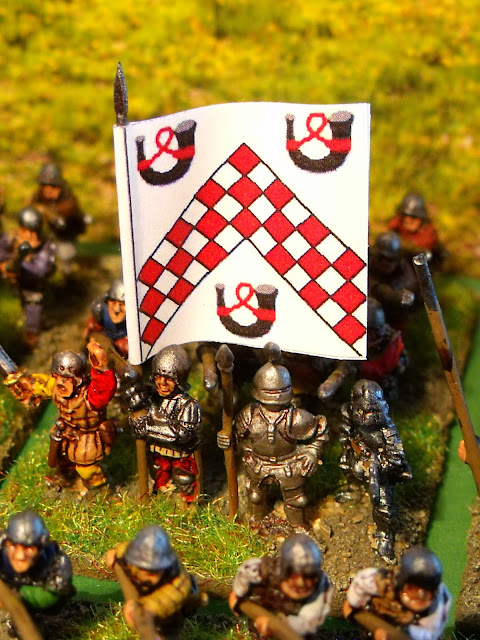 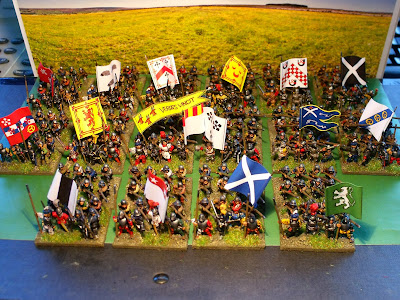 A this year is the 500th anniversary of the Battle of Flodden, in 1513 I thought I'd have a crack at getting some figures painted up for the Battle. my original plan was to refight the Battle at the Broadside Wargames show in June, but I won't get all the figures painted up in time. My initial plans were to use the army lists from the excellent ruleset "Warfare in The Age of Discovery". This called for approx 17 units of Scottish Pike, so the said figures were duly ordered from a various number of companies. BUT after reading the Osprey's "Battle of Flodden" Order of Battle I decided to extend the armies slightly.........ok a lot!!!
So the first 15 pike units will now just be for King James IV's Battle, comprising 15,000 men and here they are below.... 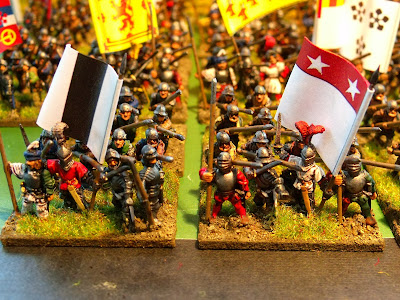 Lord Irskine and the Earl of Morton's pike blocks 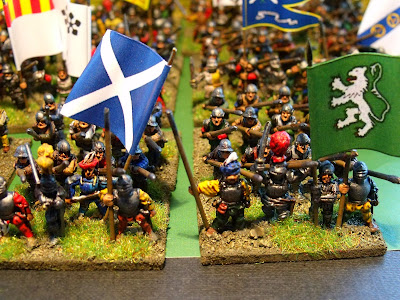 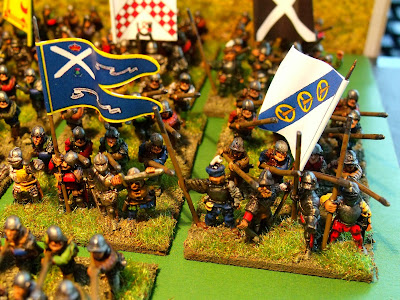 The Men of Edinburgh and the Earl of Rothis' pike blocks. 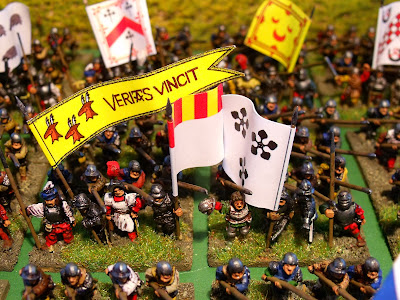 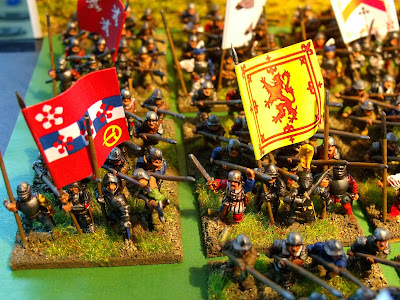 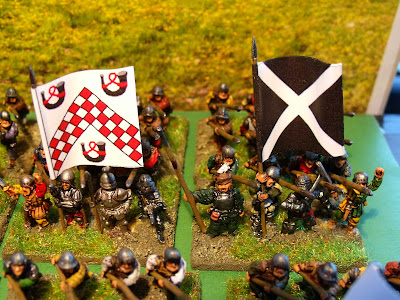 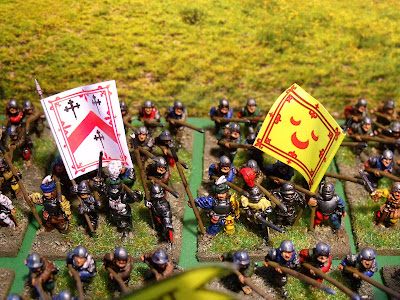 The Earl of Cassillis and Lord Seton's pike blocks. 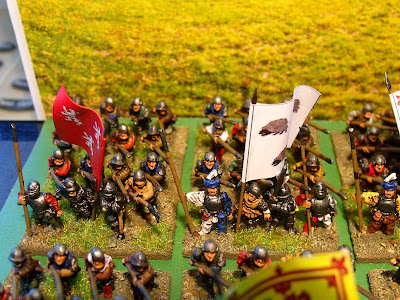 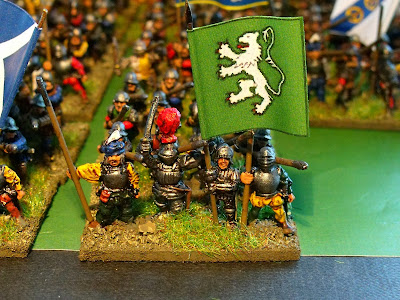 Lord Home
All the Pikemen are from Peter Pig's WotR range, while the front rank troops
are a mix of MY minis, Frei Corps, Feudal and Essex 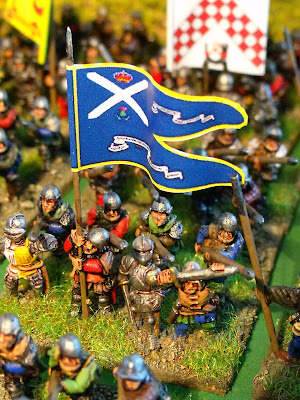 The Edinburgh regt
Once again the front rank are mixed manufacturers, this time we have
Frei Corps, Peter Pig, Feudal and Frei Corps again
These troops were entered into Curt's Challenge, where I was accussed of sandbagging
again, oh the cheek of it!!, They earned me a massive 546 points!!!

Most of the flags are downloadable from my blog, here!