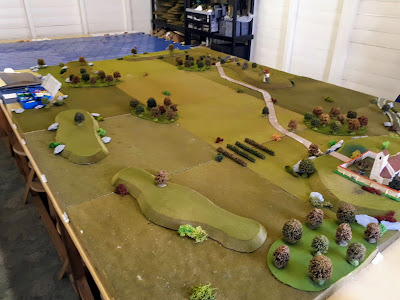 The Battle of Asturias 1809 (off the coast of Asturias)
Only 2 Rejects made it for the latest game at Reject HQ, summer holidays and all!!!
Postie called and said it was only me and Surj and we'd be playing a Napoleonic Naval game.
So I was a little confused when I saw the table above!!
Postie explained it was a 2 part game (Oooo how exciting!) 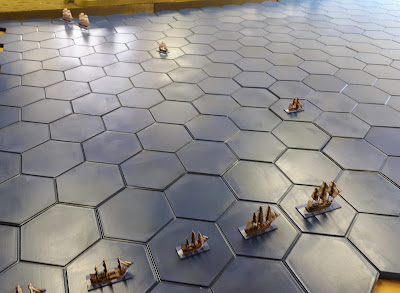 I picked out the French and was given the following note.
French Commander
You must stop the British fleet at all costs, if you loses any ship you will withdraw from the action and the British fleet will carry on with its mission. Destroy or disable as many ships as you can.
If you reach a certain target you have won.

Defence 74 Gun Flagship  Ship of the Line
Africa 64 gun Ship of the Line
Empervier 16 Gun Brig
And three other ship that looked like Merchant ships?
Which infact they were....
The Amity Hall
Lily
Rose 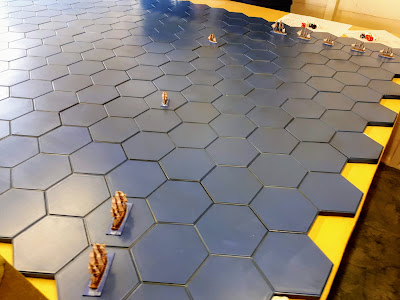 The British were set up all in a long line at the edge of the table except for the Empervier.
I was set up heading towards them with the Mars leading the way.
And here's where the game went tits up! 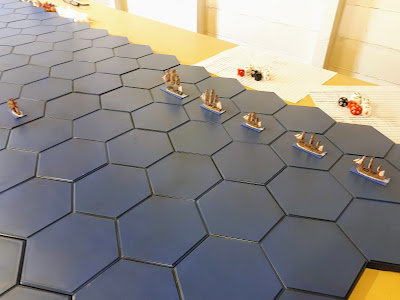 Postie threw for the direction of the wind, which would last 6 turns.
It was heading straight at my bow, which meant I could only move forward 1 hex with 1 turn.
While it was hitting Surj on the aft which gave him a 4 hex and 2 turn move.
SO I was going to have a little trouble catching him to say the least! 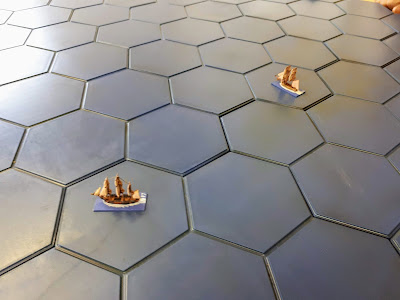 Myself and Surj moved our Corvette and Brig to have a shot at each other. 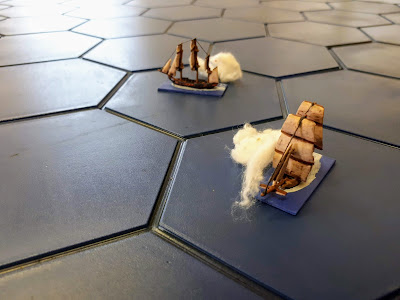 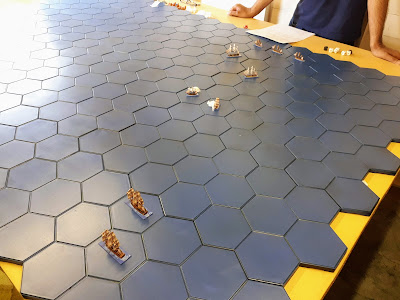 Surj moved forward at full speed, while I moved and turned, at least the wind
wasn't in my bow for the next turn. 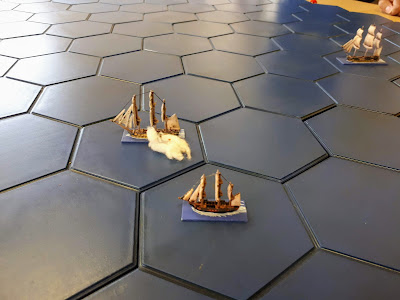 I got the first move and threw well shooting away the Empervier's rudder! 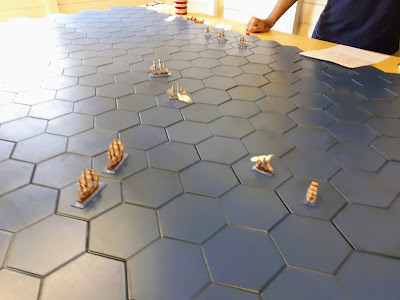 Surj Moved his 2 Ships of the Line towards mine. 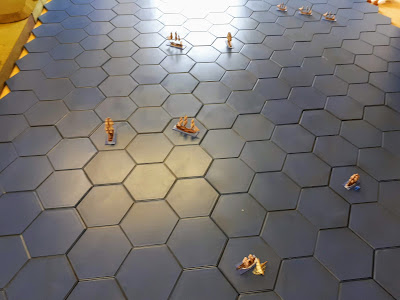 We both took long range shots at each other, but Surj always had the
better movement rate. 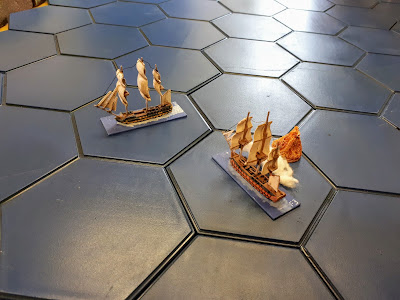 We finally got into close range and I came off worse!
The Superbe was on fire! 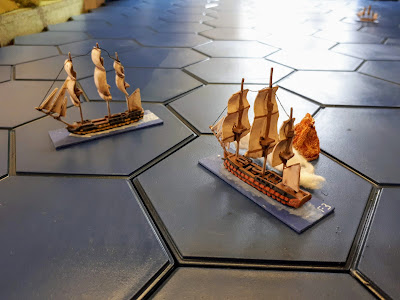 All the crew had to stop their attack and try and put the fire out. 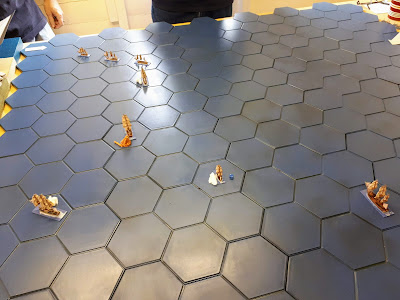 The Mars was also badly hit, below the water line. I had 3 turns to patch up the hull.
Each turn all I had to do was throw over 9 with 2D6.
I failed the first 2 times..... 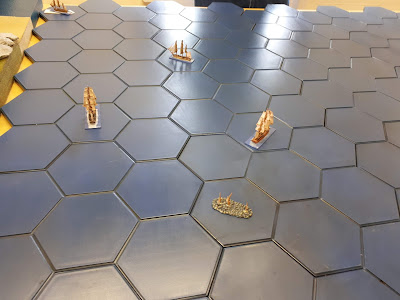 And the final 3rd time, so the Mars sunk.
Ending the game, Surj's Merchent ships can be seen exiting the table top left.

Conclusion
I din't have a hope in hell of winning this one, but I think that was Posties plan!!!!!
It didn't help me at all that the wind was against me for the whole of the game.

So it was onto part 2 of the game......I was then told that the end of this game had a great effect on the start of the next game and the escaping ships were Merchant vessels as I thought. So what were they carrying and where to?
"Can't tell you"  Postie said, you'll find out soon enough!
Then he placed these 2 rowing boats on the table.... Part 2 soon! 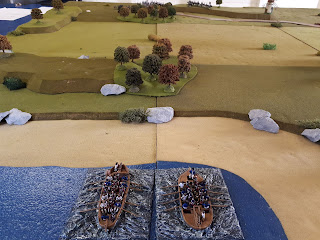