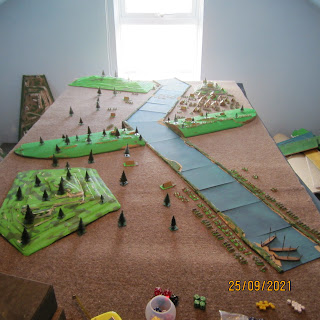 Reject John moved away from Reject HQ a few years ago, he moved somewhere in the wilds of the north of England, now he's in the wilds of Wales, near Chepstow If I remember correctly????
Anyway John sent me a few photos of his recent Solo game, using his 6mm Saxon/Viking collection.
So I thought I'd put it up on my blog for you all to see. 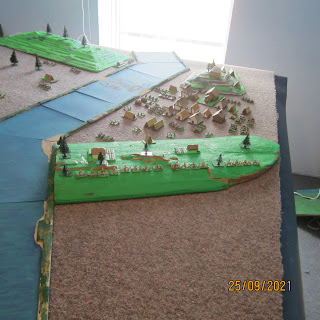 The set up has the Vikings landing on both sides of the river and then advancing on the Saxon positions. There are no proper paths so they have to follow tracks by the river and through the woods. The Vikings are all seasoned warriors while the Saxons are mainly Fyrd with a stiffening of housecarls. The Vikings are intent on sacking the burgh and taking away the recently harvested crops and any other valuables they can find. The Saxons, obviously, have to prevent this. 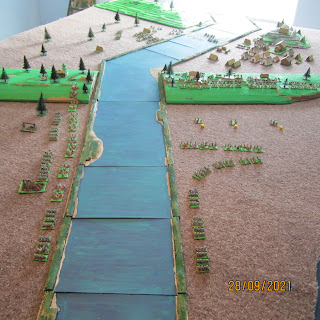 To the right of the river the Vikings move up to assault the Saxons on the hill. The Saxons have seen the Vikings coming and have chosen their position well which forces the Vikings to attack uphill. Initially there only a few Saxon axe-wielding warriors on the hill but the slow progress of the Vikings allows others to join them to make up a formidable force. The hill-top location negates and reverses the Vikings advantages. A prolonged bloody engagement ensues. Despite many charges at the shieldwall the Vikings are unable to take the position and are forced to retreat in disarray. The Saxons remain on the hill to weakened to pursue. 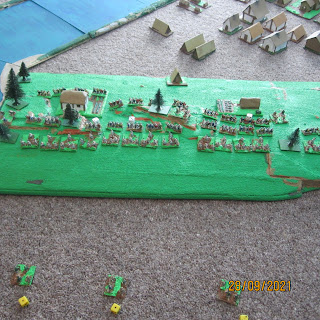 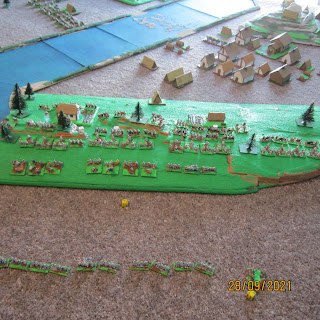 Meanwhile on the other side of the river the Vikings make very slow progress passing through the woods on the other hill, burning Saxon houses as they go. This allows the Saxons on that side of the river to retreat towards the ford where they can join up with their compatriots from the burgh. Unlike on the hill these Saxons are almost all fyrd with just a small stiffening of housecarls. 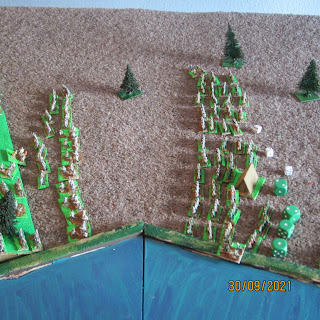 Having broken out of the trees the vanguard of the Vikings attack some isolated fyrd driving them back. The Viking van takes heavy casualties and is eventually forced to fall back but it's sacrifice has allowed the remainder of the Vikings to emerge from the woods and form up. The Saxons, led by a few housecarls, form a shieldwall. The Vikings then attack en masse. Once the housecarls are eliminated they start to hack through the fyrd quickly thinning their ranks. The fyrd start to be pushed back by the vastly superior fighting power of the experienced Viking raiders. 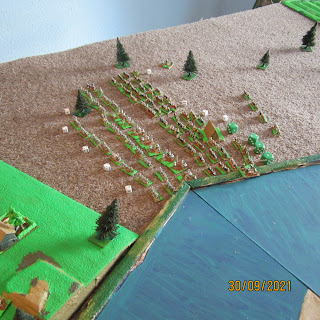 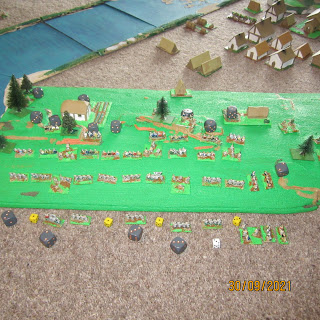 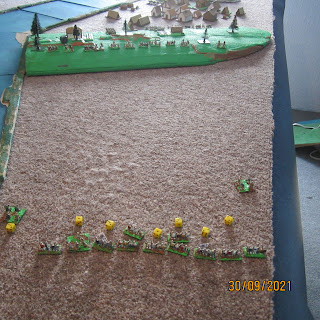 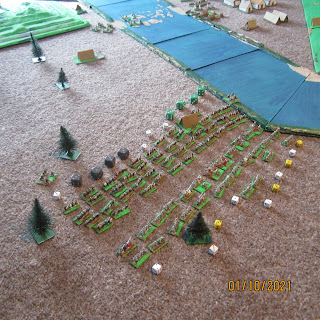 While this is going on Saxon reinforcements from the victorious encounter on the hill are arriving. Buoyed up by their success they form a rear-guard that the remnants of the fyrd can rally around. This proves a battle to far for the Vikings who have been weakened by all the fighting and are forced to retreat. As with the encounter on the other side of the river the Saxons have taken to many casualties to make any sort of meaningful pursuit. 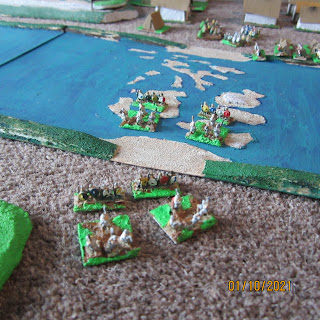 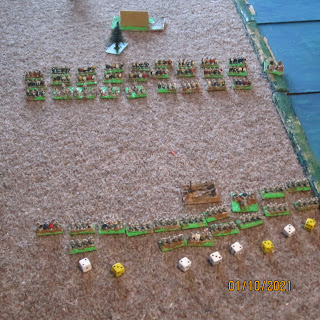 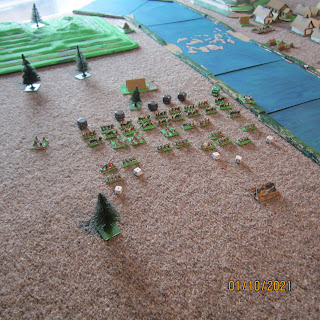 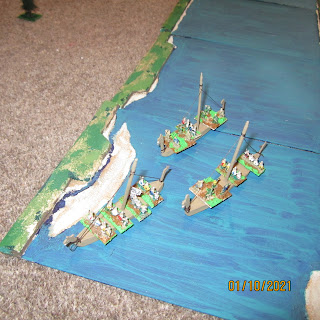 The Vikings, much reduced in number, return to their longships and retreat.
It turned out to be a very enjoyable game - 2 battles in 1 in fact. Had the Vikings been able to get through the woods faster I think they would have won.
I shall be posting a few more of John's games, whenever he gets around to playing another one that is??
Posted by Ray Rousell at 10:50