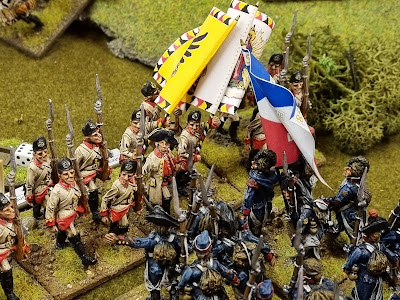 At last, it seemed it'd never happen. Wargaming shows are back up running again!!!
Posties Rejects will be attending a few shows in the coming months, but we'll only be putting on a game at one. Broadside 2021 run by Milton Hundred Wargaming Club. This year the show's at a new venue, Medway Park Sports Centre, Mill Road, Gillingham, Kent.
Which luckily for us is a lot close than Sittingbourne.
The show is on Saturday, December 4th and starts at 10am. 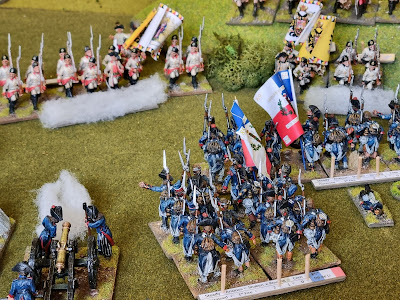 Reject Richard is hosting our game this year. He's been busy painting up figures and making terrain
for the Battle of Montenotte 12th April 1796, which you may be able to tell was fought during  the French Revolutionary Wars, French verses the Austrians. 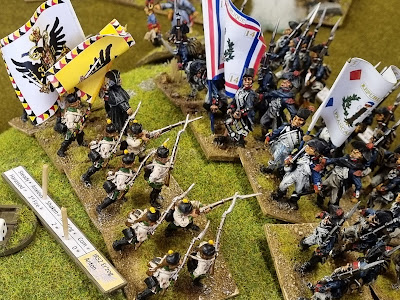 We've play tested the rules and game, the rules are written by Richard himself and they make for a
great historical game. The French won the practice game, but how will they do on the day???
Hopefully we'll see you there?
Posted by Ray Rousell at 12:14