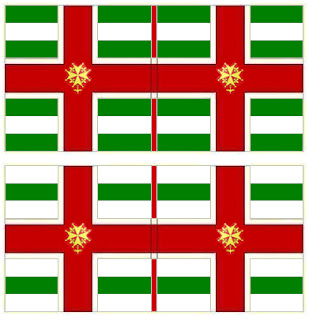 There's been a lot of discussion recently on Huguenots flags and uniforms on the League of Augsburg Forum . Clarence is or has made a big selection of flags for the Battle of The Boyne, including Danish, Dutch, English, Irish and Huguenots.
In my first ever blog post I made some flags to represent the three Huguenots regiments that fought at the Boyne.  I've now updated these flags, here, adding a Huguenot cross to all flags. Barry and Clarence have been searching the web for coats of arms and heraldry to make their Huguenots flags, what these regiments really carried has been lost to history.
So trying not to step on their toes (too much) I've gone with a more simplistic view. When searching the web for Huguenots flags from earlier periods they seems to be a lot of strips, so I've gone with that effect, trying to make them look both French and English.
I've just finished painting up the three regiments myself and put some of these flags on the figures, so look out for them in a future post.
The green flags belong to du Cambon, the black belong to de Meloniere and the blue are le Caillemotte 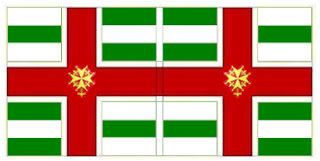 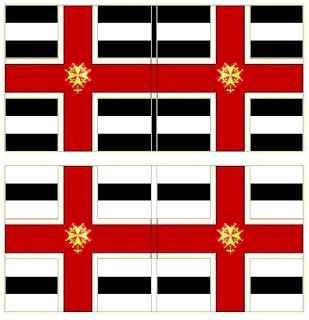 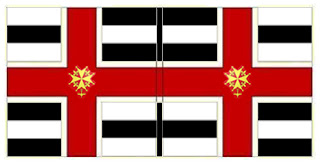 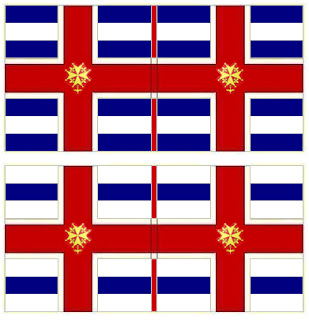 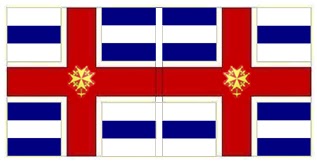