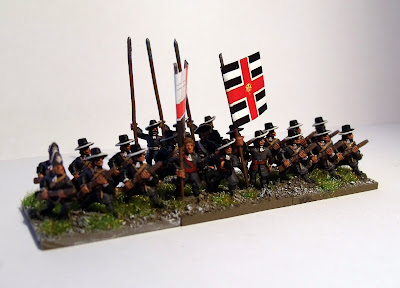 Between March and June 1689, three Huguenot battalions of foot were raised. Isaac de Monceau de la Meloniere had been the colonel of the French regiment Anjou in Louis XIV’s army, but in 1686 he was committed to the Bastille for his refusal to disavow his faith. Meloniere contrived to escape to the United Province, where William of Orange  made him a Colonel in the Dutch army and his personal Aide-de-camp. In 1689, he transferred into the British Army as the Colonel of one of the new Huguenot battalions. Meloniere commanded his unit throughout the war in Ireland and Flanders and was raised to the rank of Major-General. 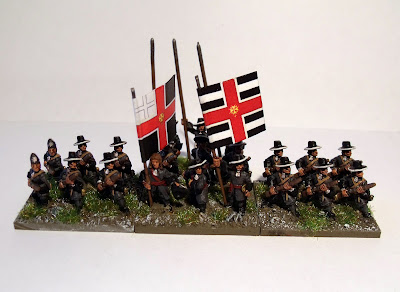 Once again the figures are from Essex Miniatures and the bases are from Warbases.  Earlier this month I posted the flags for this unit, here.
At the Battle of the Boyne, it is believed that the unit had no pike element, but I've included them for my unit as they fought in the later battles in Flanders and may well have been issued with pikes by that time. 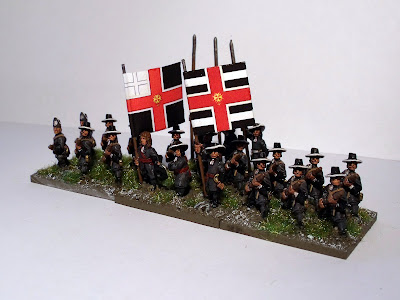 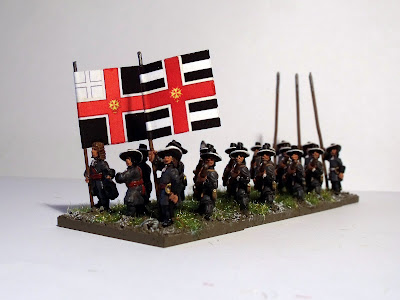 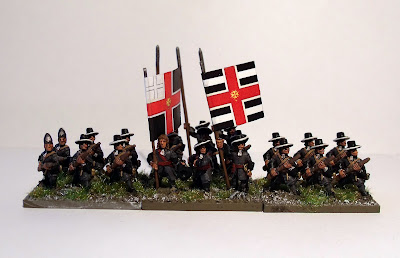 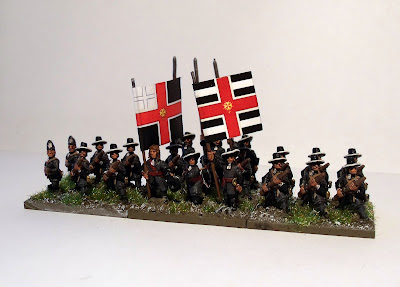