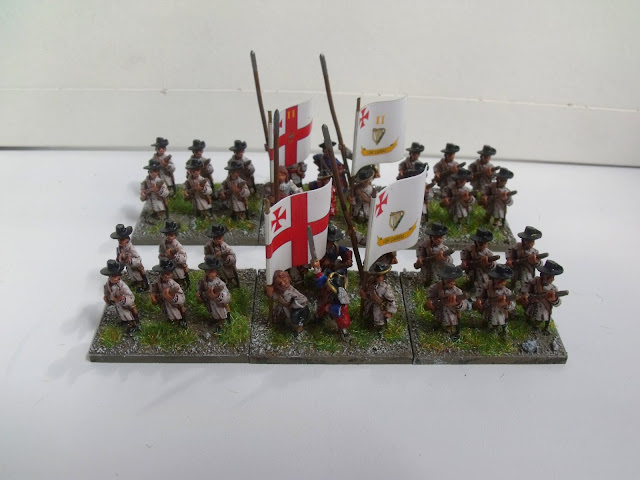 My first two regts of Jacobite foot for the Battle of the Boyne, belong to Alexander de Rainer de Droue, the Marquis de Boisseleau's regiment. Boisseleau was one of the French officers who came over to Ireland, by an agreement between Louis XIV and James II.
Boisseleau's were one of 10 Jacobite Infantry units to have two battalions, others include The Kings/Irish Guard, John Hamilton's,The Lord Grand Prior's, Lord Galway's, Lord Kenmure's, Col Henry Dillon's, Cormuck O'Neill's, Col Edmund O'Reilly's and Walter Bourke's.
At the Boyne, Boisseleau's two battalions fought in Richard Hamilton brigade at the Oldbridge sector of the Boyne, other regiments were King James' Foot Guards and the Earl of Antrim's. Boisseleau's were said to have been the least experienced of Hamilton's command but the best equipped.
There is no record of what the 2 battalions true uniform was, others have painted them with red coats and various coloured cuffs and linings. As you can see I've painted mine up French style, a white coat, lined white, for two reasons, one being, having a French commander they may have been dressed in French coats?? The other being they were a darn site easier to paint!!!!
I've already posted the flags I made for this unit, you can see them here, if you haven't already!! 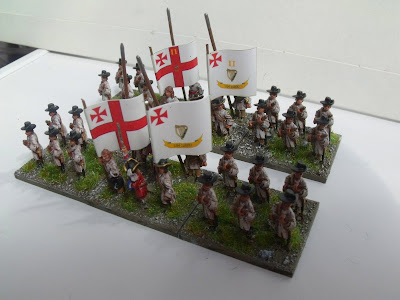 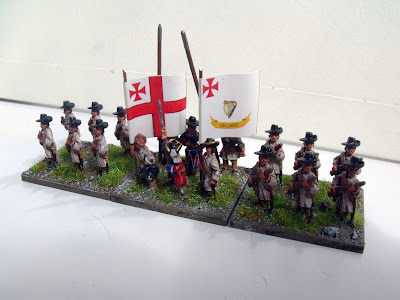 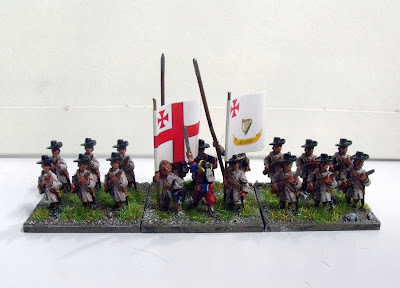 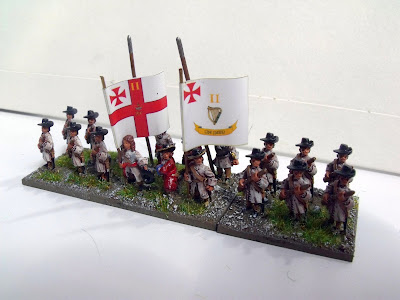 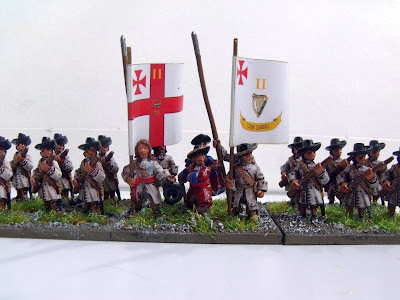 Email ThisBlogThis!Share to TwitterShare to FacebookShare to Pinterest
Labels: 15mm, Battle of the Boyne, League of Augsburg, NYW, Recently painted