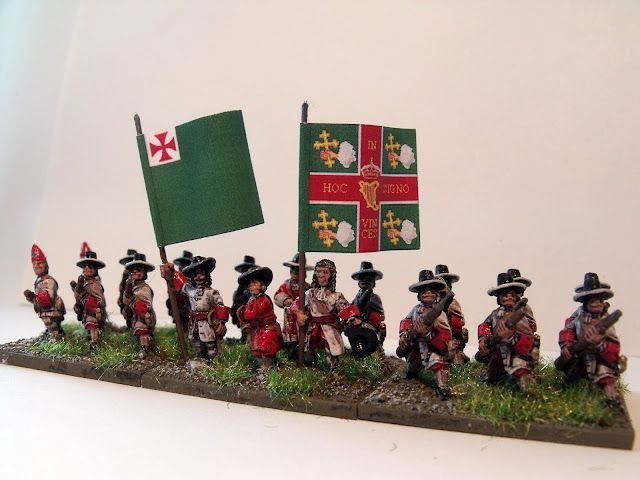 My latest unit painted up for my Battle of the Boyne project is the Earl of Antrim's regiment. They were led by Alexander MacDonnel, the 3rd Earl of Antrim. They fought at the Siege of Derry, The Boyne, Athlone, Aughrim and the second Siege of Limerick. The were recorded as having 513 effective troops in 1689. 411 of them armed with a serviceable musket, with only 46 pikemen. Giving them a ratio of approx 10-1, so I painted these up as an all musket unit. Unbelievably there were also another 56 men in the unit unarmed!!!

Once again the figures are from Essex Miniatures and bases are from Warbases. The flags are made by myself, but thanks go to Dan Harper and his blog Sixteen Ninety , as I used his Antrim flag as a template. 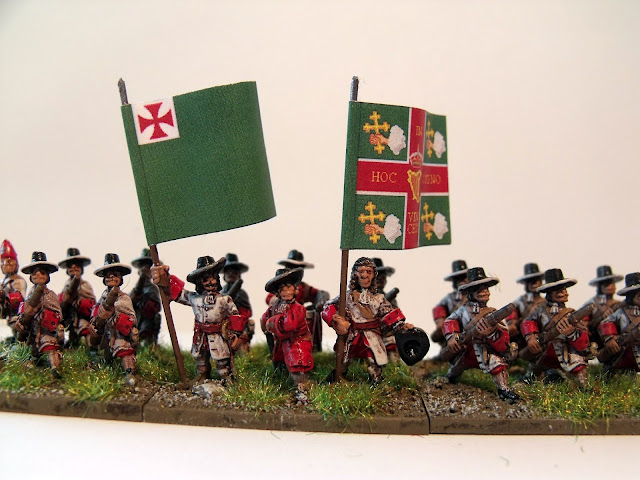 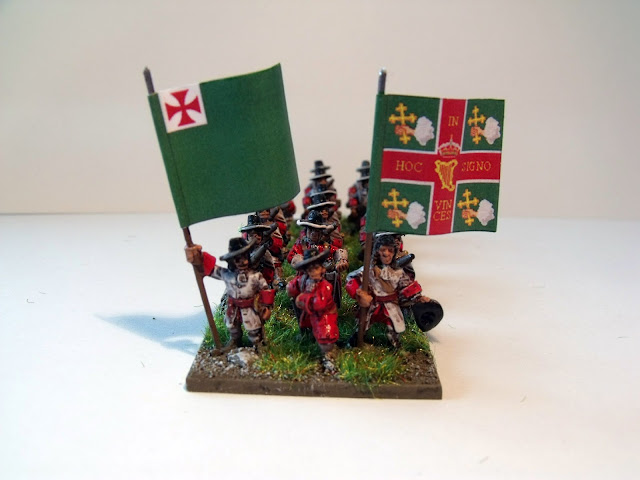 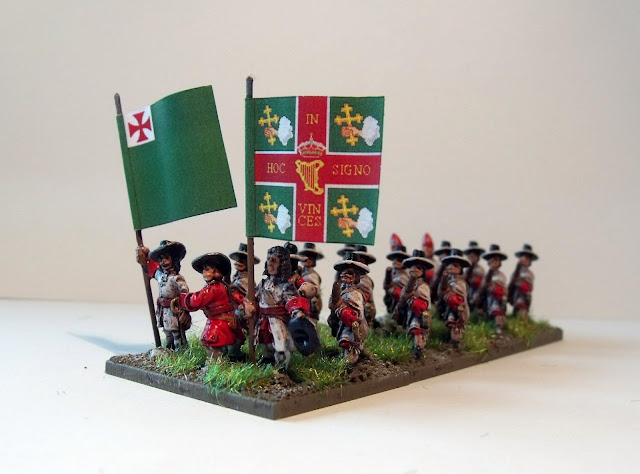 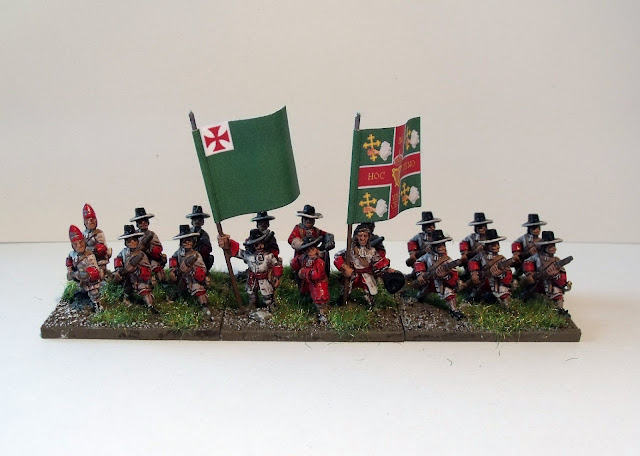 Email ThisBlogThis!Share to TwitterShare to FacebookShare to Pinterest
Labels: 15mm, Battle of the Boyne, Beneath the Lilly Banners, League of Augsburg, NYW, Recently painted