The Tangier regts by Brigantes Studios 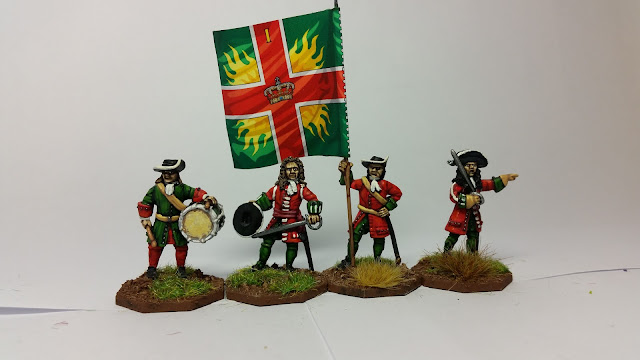 Several months ago, infact last year!. These beauties arrived in the post from my good pal Loki , from Brigantes Studio. He very generously painted these figures up for me for free!!!
Its taken me an age to get them based up and photographed, so I can only apologise to Loki, for not showing them off any sooner. (I did get a telling off, when we met up at Salute, in April!)

So here they are in all their glory, The Tangier regt, later known as The Queen's regt or by their nickname, Kirke's Lamb's.

The figures are all from Barry Hilton's fantastic, Warfare Miniatures. 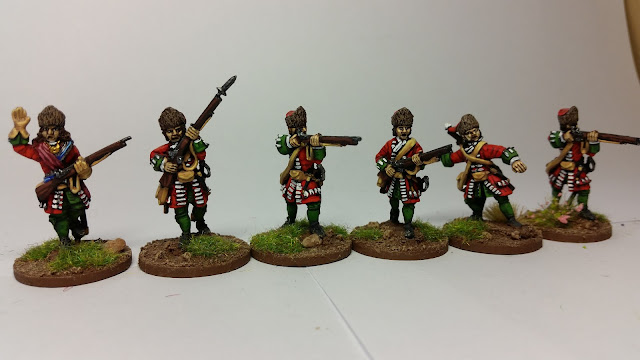 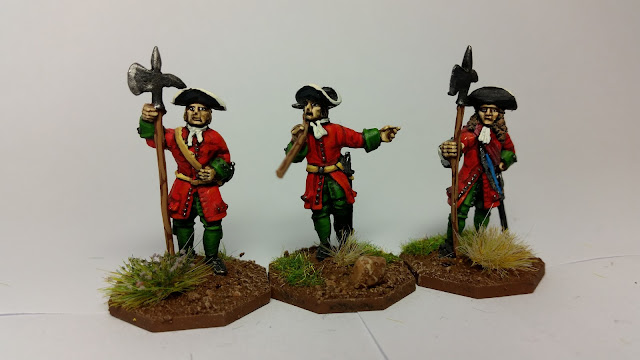 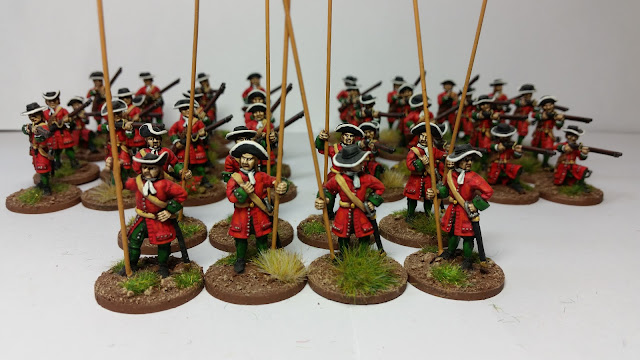 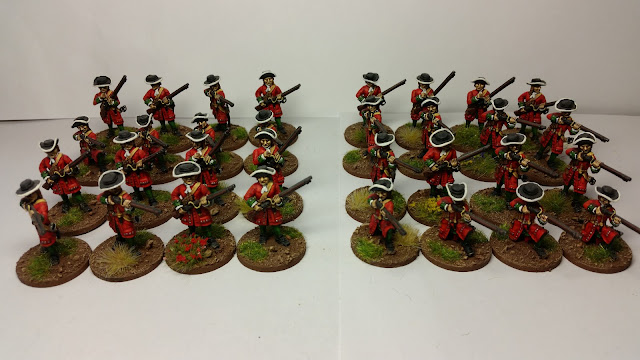 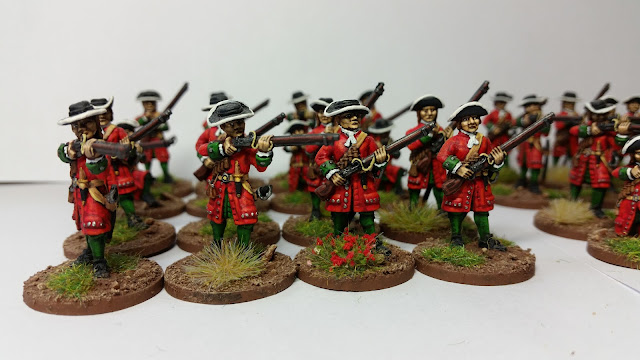 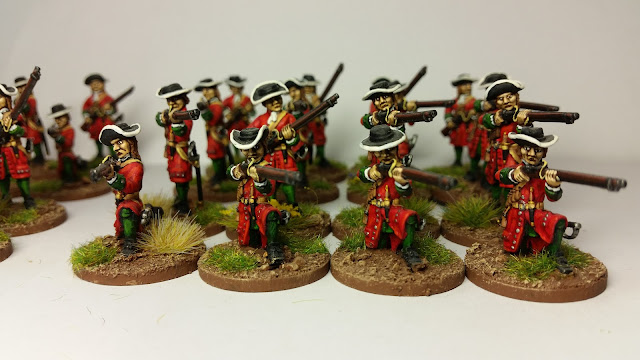 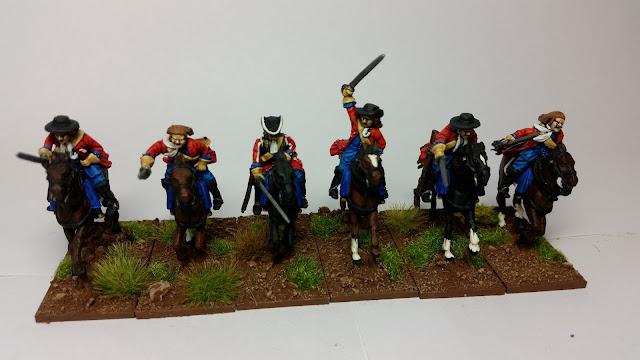 For the Tangier Horse, I chose to have them painted up, in their later uniform, as they would have appeared at the Battle of Sedgemoor, mainly because I couldn't find out what uniform they did actually wear, (possibly grey?) at the time and also so they can be used for the later wars as well.
Here's their lineage for my Donnybrook  period. 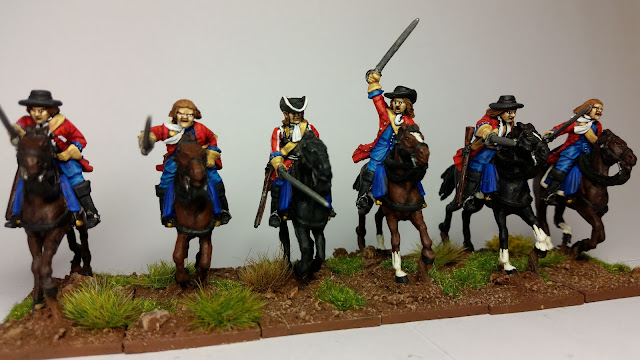