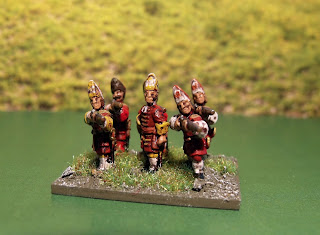 On the left flank of the Williamite battleline at Killiecrankie stood Lauder's Grenadiers. They were a force of appropriately 200 men, made up from the three regts of the Scots Brigade, Ramsay's, Balfour's and Mackay's. These grenadiers sometimes referred to as fusiliers were led by Lieutenant Colonel George Lauder from Balfour's regt.
The figures from are from Essex miniatures and unfortunately look as though they've been out in the sun for far too long. I must have not shaken the ink up enough. I have since toned the inkwash down, but I keep forgetting to retake the pics, so I've given up! And posted them with that sunkist look.
They were part of my 10th entry into Curt's Painting Challenge and added 12 points to my total, which at the moment is 964, putting me in 7th place. 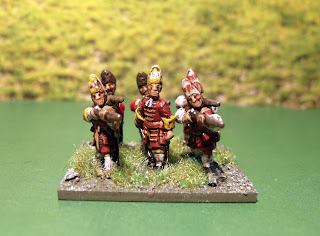 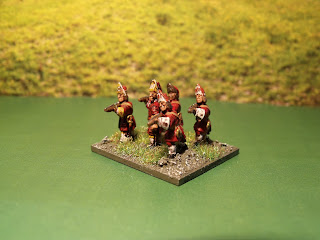