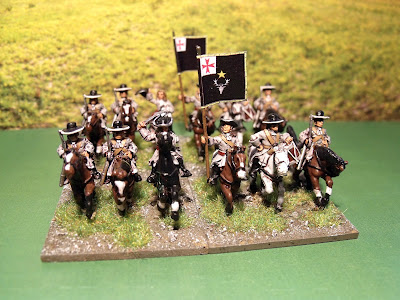 From The Battle of the Boyne Osprey by M McNally
"The Life-Guard's and Tyrconnel's accompanied by John Parker's regt of Horse, thundered back downhill towards the enemy forces now clambering up the southern slopes of the Boyne. Parker's thundered through the front ranks of Sir John Hanmar's English foot, while the Lifeguard and Tyrconnell's smashed into Caillemotte's Huguenots."


Colonel John Parker was born about 1654. In 1676 he was appointed Captain of a company in the Duke of Monmouth's regiment in France, in 1678 he became Captain in the Duke of York's regiment, then in 1681 Brigadier-Lieutenant. In 1683 Lieutenant in the Guards, in 1685 Captain of Horse; later in that year major of Lord Arran's Cavalry regiment, and in 1687 Lieutenant-Colonel of that regiment.  He followed James II to St. Germain and to Ireland, and was wounded at the Boyne.
There is no known source for the regts uniform, but it is said that during the Boyne, they were fired on by their own side who mistook them for Danish Horse, so as the Danes wore grey, I painted these up the same. The flag is pure conjecture and comes from the Irish Parker coat of arms. 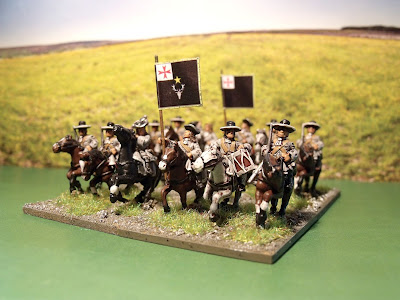 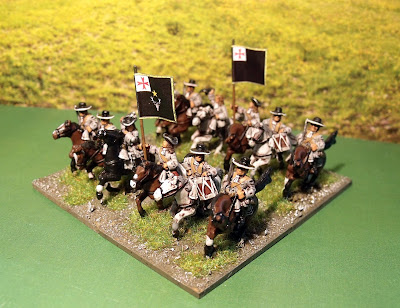 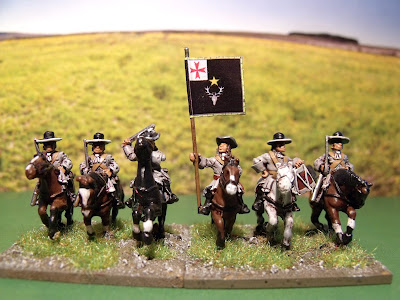 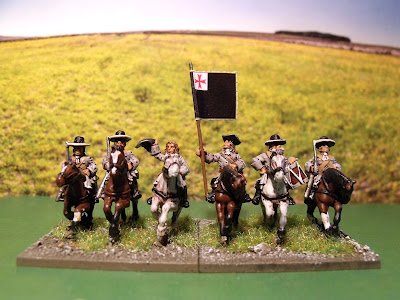 Email ThisBlogThis!Share to TwitterShare to FacebookShare to Pinterest
Labels: 15mm, Battle of the Boyne, Beneath the Lilly Banners, Grand Alliance, Jacobites, League of Augsburg, Recently painted