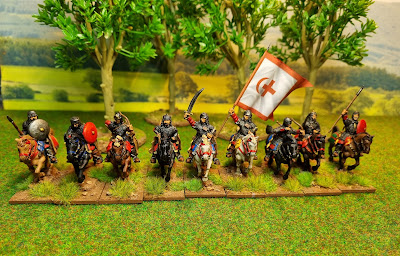 My first unit of Polish for the Battle for Vienna in 1683, I have previously part painted up a unit of Pancerni here, these will be the last unit of Pancerni, I only planned for the two units, I'm moving on to the Big Boys next, the Winged Hussars!! 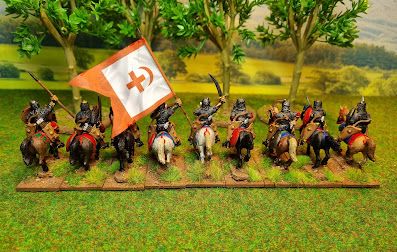 I really didn't know what figures to buy for this new Donnybrook army, so I've gone with a real mixture. The previous Pancerni unit was made up from Old Glory and Essex figures, which were quite small when compared to the Warfare Miniature Ottomans I painted up during the last Challenge.
I ummed and arred for a while and in the end I chose Redoubt Enterprises figures. As I'm sure some of you will know their figures do come up pretty large.
To be totally honest they fitted in size wise to Warfare like a glove and I was really impressed with the figures as a whole, they were clean and crisp with lots of different poses as well. 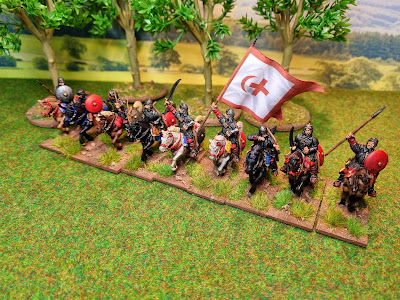 I kept the painting really simple using red as the dominant colour and am very pleased with the results. 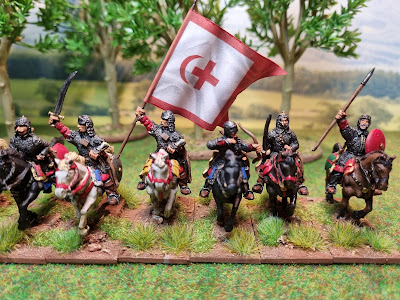