AHPC11 - The Chamber of Challenge - Tomb 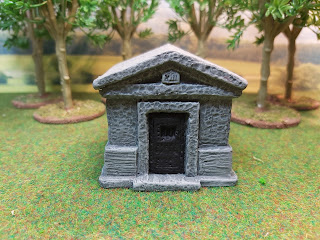 My last entry on Level 2 of the Chamber of Challenge and I'm off to The Tomb... 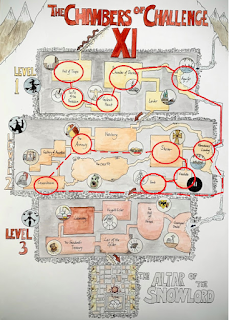 The Tomb: Paint a tomb, a burial-mound, a barrow or a henge. Bonus points for any ghostly guardian which lives, entombed, within... 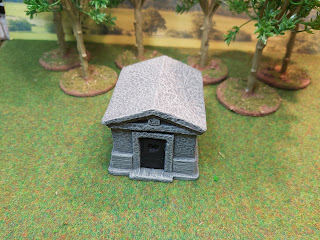 A Tomb is what Curt asked for so that's what he's gonna get. 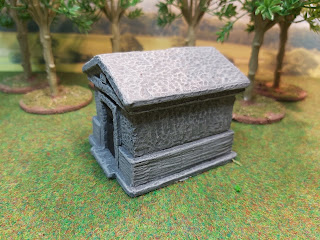 This great looking Tomb comes as part of Debris of Wars Graveyard set. but can be bought on its own here, for the small price of £7.25 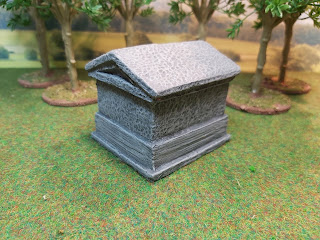 If you haven't checked out Debris of War yet please do so, they make some great items. 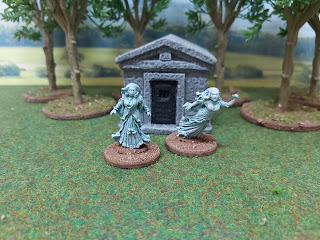 And for some bonus points Curt suggested adding the occupants of the Tomb, so may I present
Mabel and Mary the Darnley Twins who both died from drowning in 1688. Their grief-stricken parents buried them together and the haunt the local cemetery. 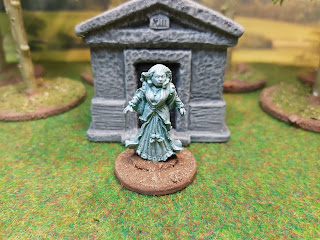 Mabel is a Belt Fed Girl from Col Bill and can be bought here, under the title of The White Ghost 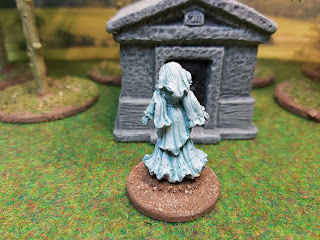 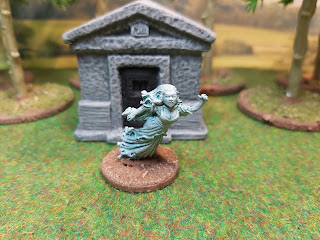 Mary is also a Col Bills Belt Fed Girl and can be bought here, where she is known as Lenan Irish Banshee 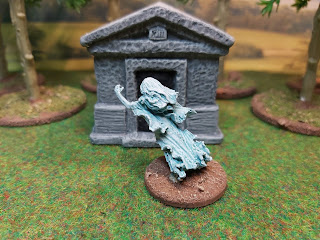