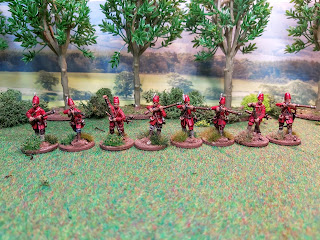 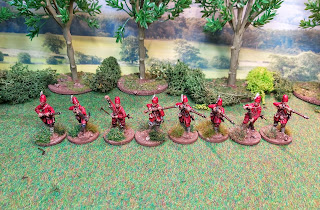 These are my Tufeckci unit, 8 figures strong. Again it seems they were not uniformed apart from their red hats. But there's a great picture in an Osprey of them all in red, so I just had to go with that. 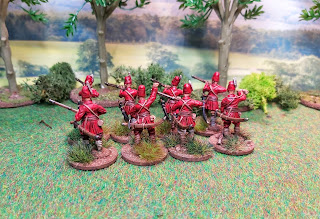 Tufeckci actually means Rifleman or Gunsmith in Turkish. The Tufeckci were well trained and disaplined troops. 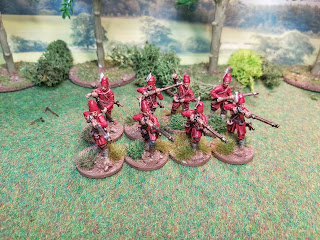 There are 8 figures in the unit making them worth 40 points!
Posted by Ray Rousell at 08:42