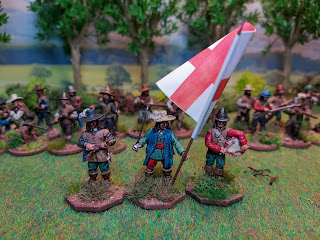 Back to Donnybrook, now there's a surprise!!! But this time we've crossed the pond to the early English Colonies in America. 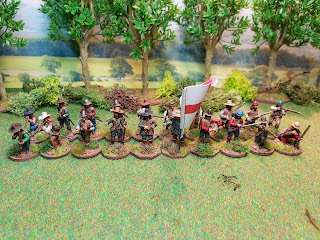 I've used these Empress Miniatures English Civil War figures to represent the early colonists
in the America's. I bought these a few years ago at SELWG in Crystal Palace as I wanted some Militia types for King Philips War  and other fights around that time. This is the first time I've painted Empress Miniatures before and I've gotta say they are crackin' figures in both proportion and to paint up. 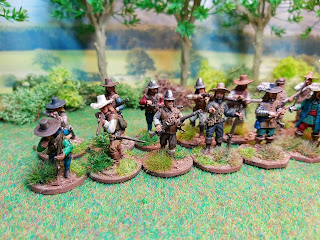 The unit is made up of various Infantry and dismounted Cavalry packs to try and make them look more individual. 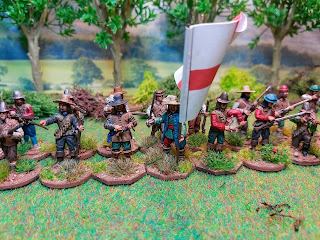 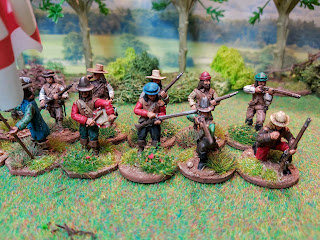 There are 20 figures in the unit. These of course can be any Militia unit that fought during King Philip's War, not just the Plymouth Militia. 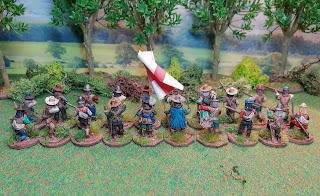 Which gives me 100 points to add to my total.