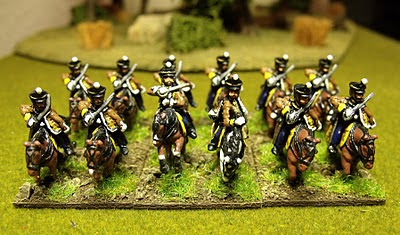 The Akhtyrka Hussars were formed in 1651 or 1659 as Cossacks. In 1765 they changed to an hussar regiment.
In 1812 they served in Bagration's 2nd Army of the West in Rayevski's 7th Corps.
In October 1813, north of Leipzig, the 2nd Hussar Division which included the Hussars regiments, Alexandria, Marioupol, White Russia and  Akhtyrka.took part in an action resulting in the disordered routing of a large body of French infantry, many fleeing across the Parthe River. Then followed up and attacked the  hussar, chasseur and dragoon regiments, belonging to the III Cavalry Corps under General Arrighi.
The Prussian officer, Graf Henkel von Donnersmark wrote, they “went on at a cracking pace”. The French chasseurs and hussars fled, some galloped toward Leipzig itself, while others sought refuge on the other bank of the Parthe River. There they continued toward the positions occupied by the infantry and artillery of the VII Corps. The pursuit was long, reaching Leipzig itself. The hussars captured a half thousand prisoners and 5 guns. Von Donnersmark remarked that this attack was “one of the best that I ever saw Russian cavalry made.” The defeat of Arrighi’s cavalry shook morally the infantry on the other side of the river. The hussars suffered very light casualties up to this point but when they were returning from the long pursuit they got under fire from the French infantry.
The figures are made by Essex and painted by myself for Postie collection. 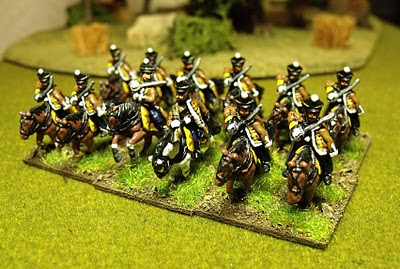 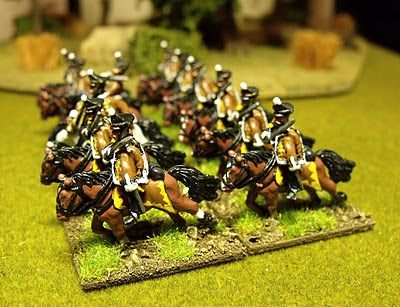