I thought I'd try and squeeze in 1 last post before the end of the Challenge and after painting all those lovely Warfare Miniatures Ottomans, I thought I'd start an Austrian/ Imperialist force for them to battle against. 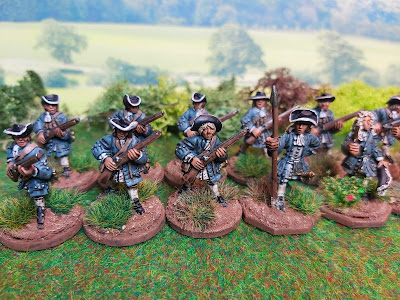 Now a lot of this force will probably consist of Poles, but I thought I'd start with an Imperialist foot regiment as I haven't any Poles! 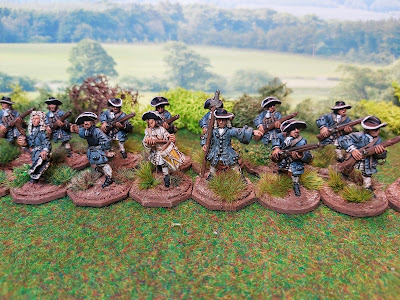 I hadn't planned on painting this unit up during the Challenge, so a quick look in the League of Augsberg's book "With Talon and Claw" and I decided on regt Baden Baden. 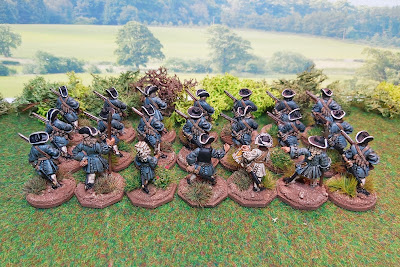 You may notice they're missing their flag. Apparently Warfare Miniatures will be releasing some Austrian flags shortly, So the unit will have to wait to be flagged. 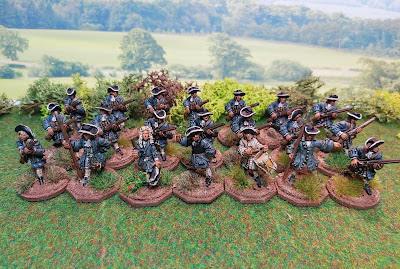 All but 1 of the figures are from Dixon Miniatures, the other being from Foundry.
There are 21 figures in this regiment so they will add 105 points to my total!
Posted by Ray Rousell at 17:36