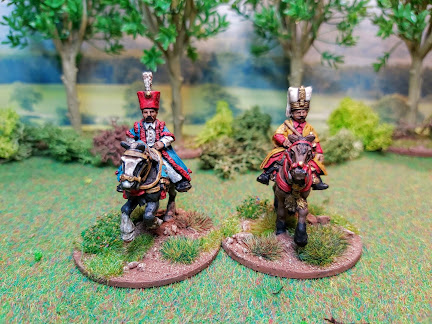 What? More Ottomans?
I'm afraid so!
These two figures were part of  my Xmas pressie from my wife and 4 daughters.
To be totally honest I hadn't planned on painting these two figures up, but I seem to be pumping figures out at the moment, so why not? Also they should take me 10 points short of the 2000 points mark which I didn't think I'd get to let alone plan it! 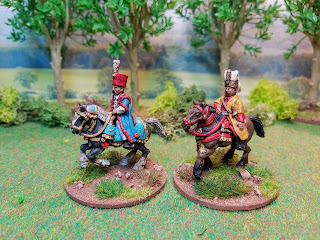 But these are not Warfare Miniatures? They're Trent Miniatures!
Trent make a small but growing Early Napoleonic Ottoman range.
On the left is a Mounted Aga of the Janissaries
and on the right is a Mounted Janissary Officer. 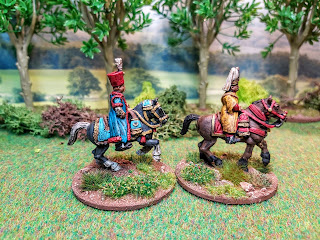 I've painted up these two figures to use in my 1683 Ottoman army,
Naughty I know! 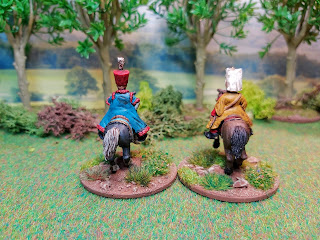 They're slightly bigger than Warfare Miniatures but still fit in nicely with the rest of my Ottoman force.
They'll add a mere 20 points to my total.
Posted by Ray Rousell at 17:40