AHPC11 - Donnybrook - Jacobite's and their Flags 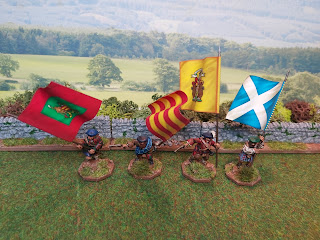 I think I have a problem?
Yes, I do own a secret Scottish Jacobite army for Donnybrook!!!
But I had no standard bearers, so......... 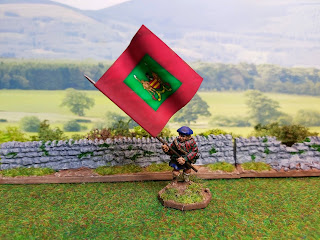 Cameron of Lochiel's a Redoubt figure 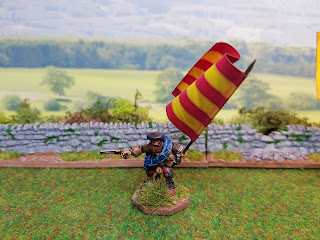 Another Cameron flag, this time a Reiver Casting figure. 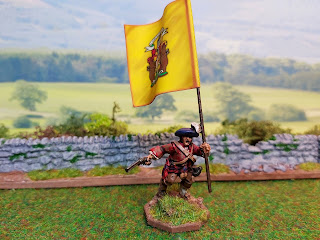 Another Reiver Casting carrying the McDonald of Clanranald flag 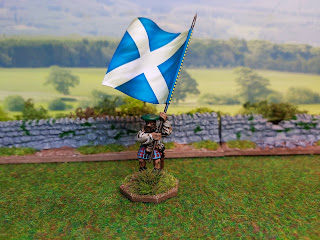 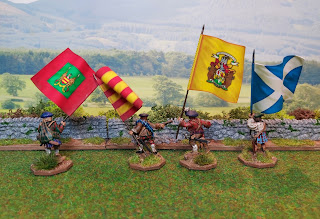 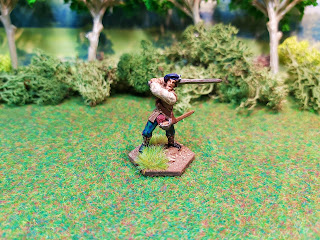 Here we have a Warlord figure representing Alisdair 'The Devastator' Mac Colla
From Warlord
"This is Warlord's take on perhaps the most dangerous man in the British Isles at the time...Alasdair MacColla "The Devastator", a man who went by many names, some rarely used out loud! This legendary Highland warrior came from the Isles and grew famous for his startling strength, size and ferocity..."
Most of my Scottish force are Redoubt figures, which a on the larger side of large, so this Warlord figure fits is really well, he'll be used as a character or commander. 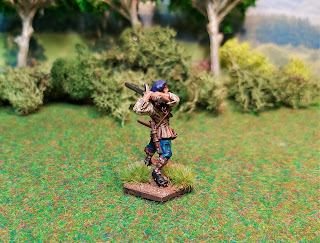