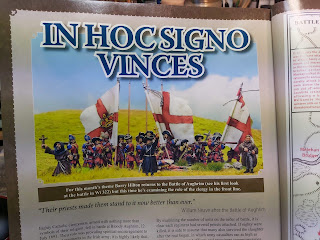 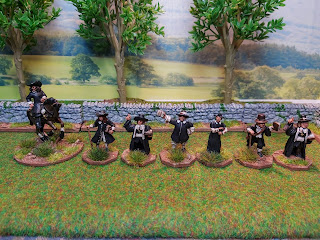 In February's edition of  Wargames Illustrated Barry Hilton of League of Augsberg/Donnybrook and Warfare Miniatures fame wrote an article "In Hoc Signo Vinces" where he revisits the Battle of Aughrim in 1691. Eighty member of the Catholic clergy were killed during the battle, they were all attached to Jacobite regiments providing encouragement to the units.
He goes on to say that
"If 80 were killed it is safe to assume that as many survived the slaughter after the route began, in which casualties ran as high as 25%. Losses amongst Officers and leaders were always proportionately higher in battle and General and field Officer casualties were particularly steep at Aughrim ".
If those ran at 33%, not an unreasonable estimate, up to 250 Clerics may have been present on the battlefield, that's as many as 6 to 10 per regiment"
So I dug through my box of despair and found these 7 figures from various companies to represent some of the 250. 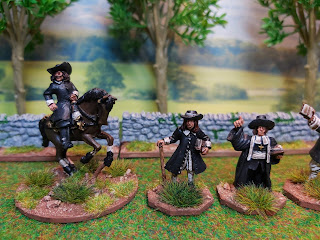 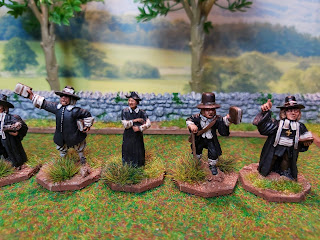 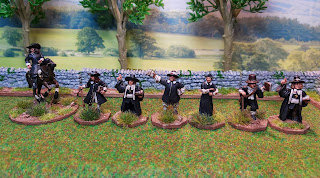 I do already have a selection of Clergy that I've previously painted up, so I'll add these to the pile if I ever get to do the scenario. The Scenario is actual for Beneath the Lilly Banners rules, But its easy to convert it over to Donnybrook. 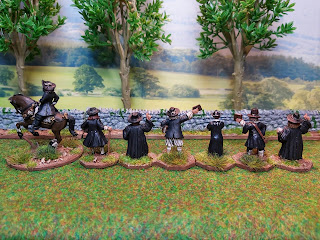 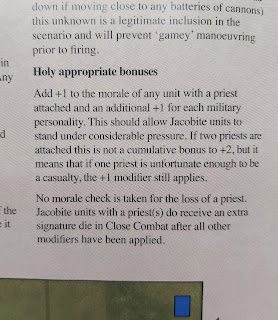 Out of the mag, what you can expect if there are Clergy attached to a unit.
Its not gonna be fun for the Williamites!!
the 7 figures will provide me with 40 points
Posted by Ray Rousell at 09:08

Email ThisBlogThis!Share to TwitterShare to FacebookShare to Pinterest
Labels: 25mm, Beneath the Lilly Banners, Donnybrook