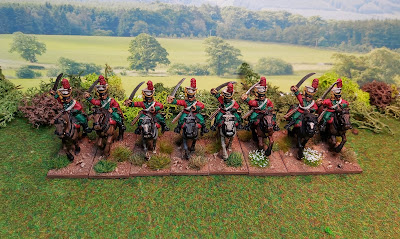 I have a new favourite unit for the Haitian Revolution and this is it! 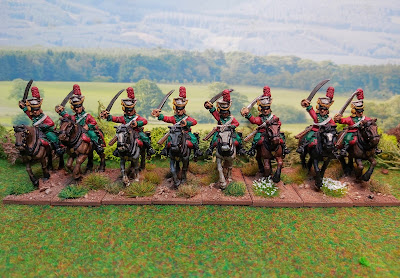 The Uhlans Britanniques were formed by the Marquis Louis de Bouille in November 1793, this emigre cavalry corps, which was composed mostly of Germans, were sent to Haiti in early 1796. 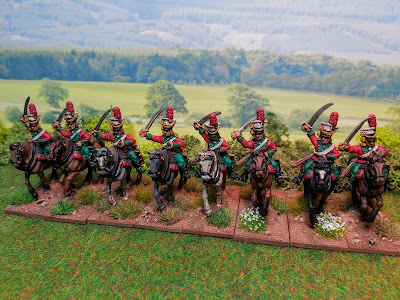 On 27th August its 4 companies were ordered to be incorporated into Montalembert's Legion Britainniques de Saint Domingue. So they weren't around for long, but with a uniform like this they were crying out to be painted. 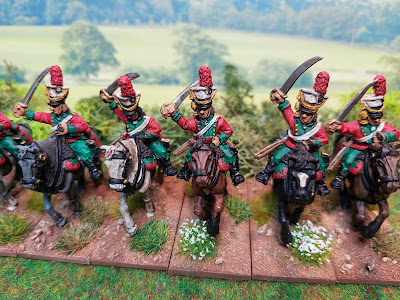 The figures are from Trent Miniatures and are conversions of their Homspesch Mounted Rifles. I chopped and filed down the heads and replaced them with Polish Czapka heads also from Trent, but I can't seem to find a link for them on their site? 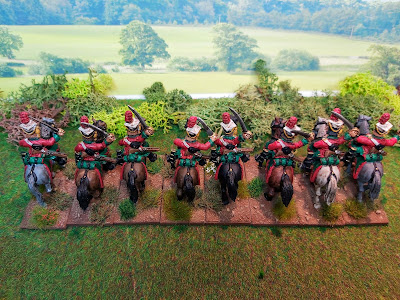 Actually I could have left the figures as Homspech's as they were also sent to Haiti, but how could I resist that white czapka? 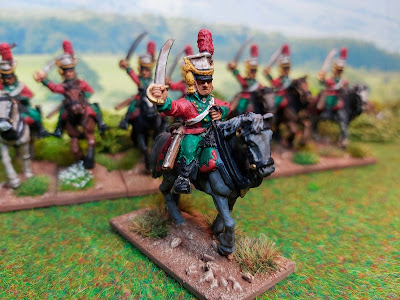