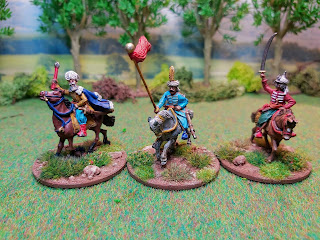 Sorry dear readers but I'm gonna have to put Capcha up for a while, I'm getting inundated with twats spamming my blog. I know its a pain in the arse, but its gotta be done I'm afraid.
Donnybrook, Donnybrook, Donnybrook
This is my last post from my Warfare Miniatures Ottomans, using a set of rules tat you may have heard of before? 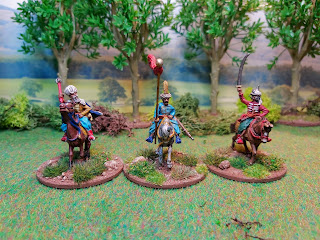 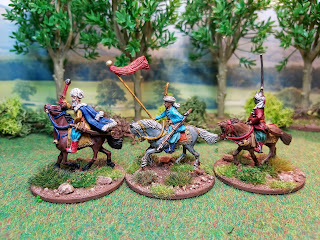 These were bought and sold as a three man unit of Elite Sipahis of the Porte, but as I previously painted up a unit of Dixon Sipahis of the Porte and Warfare will soon be realising more Sipahis. I' decided to use these 3 figures as Character figures instead. 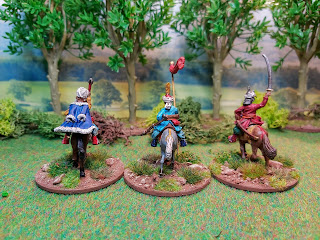 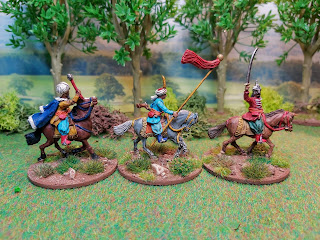 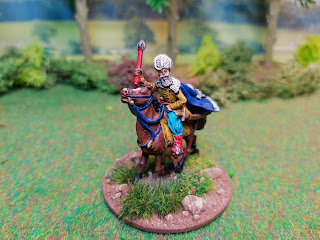 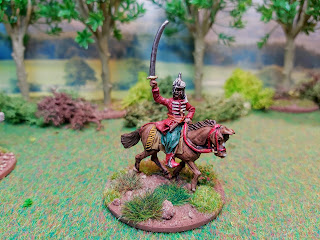 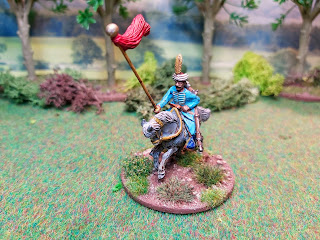 Standard Bearer
Hasim Adem Alpaslan
D8
So my three mounted command figures will earn me 10 points each
Making a Grand total of
30 points!
Posted by Ray Rousell at 07:50